Ericsson is suing Samsung for alleged infringement of the rules for SEP under FRAND terms. It’s all about positioning for the 5 G standard – and with Ericsson and Samsung, the big names in mobile telecommunications are crossing their swords. 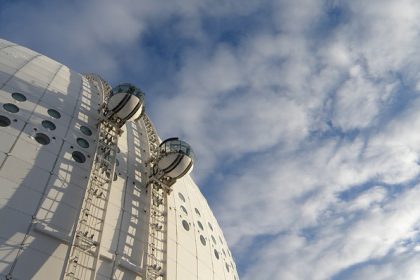 Ericsson is suing for FRAND-compliant patent licenses in a very interesting field: the 5 G standard in telecommunications and network technology. Ericsson (Sweden) has been suing Samsung (South Korea) since Friday for violation of the rules for standard-essential patents (SEP) and FRAND conditions.

This system ETSI, SEP and FRAND was developed with the emergence of mobile telephony at the end of the 80s at the instigation of the European Commission. Since 1998, ETSI has joined forces with five other standardization bodies to form the worldwide 3rd Generation Partnership Project (3GPP), primarily for the standardization of UMTS. The political idea is that competitors’ technology should be made available to other mobile phone companies or network companies.

In principle, therefore, especially in the mobile communications sector, standard essential patents (SEPs) are reported by the patent holder as essential to the standardization organization “European Telecommunications Standards Institute” (ETSI). By doing so, they undertake to license these patents to competitors on fair, reasonable and non-discriminatory (FRAND) terms in accordance with ETSI’s IPR Directive. This has led to many licensing agreements in the mobile sector for the 2G, 3G and 4G standards, including between Ericsson and Samsung; who have both registered numerous patents relevant to mobile telecommunications with ETSI as SEP.

SEPs and FRAND conditions in court

Major court rulings have also been made in this context, for the EU the ECJ ruling Huawei / ZTE of 2015 is decisive here, for Germany the BGH ruling Sisvel / Haier of 2020. And the USA has just one year ago distanced itself from its own declaration of principles of 2013 and wants to make it easier for patent holders to sue in case of a refusal of a license agreement.

Now a lawsuit has been filed with reference to the upcoming 5 G standard. Ericsson filed the lawsuit on Friday before a US District Court (the District Court of EASTERN DISTRICT OF TEXAS). Ericsson accuses Samsung of failing to comply with its obligations under the FRAND rules for SEP and requests the court to declare that Ericsson itself has acted in compliance with FRAND.

What is the issue? The background to this is the fact that, although there were extensive licensing agreements for the previous standards (2G, 3G and 4G), for the new standard 5 G these licenses are either expiring or will have to be renegotiated anyway.

In 2019, Ericsson and Samsung therefore started negotiations for new license agreements. According to Ericsson, the Swedes made a FRAND-compliant offer, which included a compensation payment. However, Samsung rejected this offer. Samsung, in turn, demanded that Ericsson accept a compensation payment in a global cross-license, which the Swedes said was significantly lower than Ericsson’s SEPs under the FRAND terms.

Thus, both parties have already shown a basic willingness to negotiate. This is not unimportant with regard to competition law regulations. For abuse in the sense of Art. 102 TFEU (with the right to claim for injunctive relief and damages) occurs when the user seeking a license makes an offer in accordance with FRAND but the patent holder does not accept it. In this context, the patent holder is also expected to make a counter-offer.

The FRAND conditions are therefore almost always the point of contention. Because ETSI is a politically desired compromise. ETSI neither controls whether intellectual property rights are legally valid for an SEP nor whether they are even essential. Also, each patent holder decides for himself whether to register a patent as an SEP with ETSI. Above all, however, the term “license under FRAND conditions” is not defined by ETSI.

On the other hand, there is still no uniform legal clarity and binding force in many questions concerning SEPs and FRAND conditions from the side of the courts.

What are “fair” license conditions? To what extent may patentee’s contracts with third parties be used for comparison purposes? Or may national courts determine what is to be considered “fair”? The same applies to the questions: Who bears the burden of proof for FRAND conformity? Who is responsible for the FRAND obligation if an SEP is transferred to another holder? And how is compensation for damages calculated in case of infringement?

Does it come to a judgement at all?

In this respect, it will be very interesting to observe the lawsuit brought by Ericsson against Samsung in the further course of the negotiations. Samsung has deprived Ericsson of its right to an equal global license to Samsung’s essential patents on fair and reasonable terms, Ericsson claims. However, it is just as likely that an agreement between the parties will be reached, this can certainly be seen as a trend in mobile telecommunications: Unwired vs. Huawei (in DE), Apple vs. Samsung, Huawei vs. Qualcomm, Apple vs. Qualcomm, Nokia with Xiaomi.

Anyway, this year, Samsung contributes approx. 22% of the worldwide sales of 5 G smartphones with its models of the Galaxy S20 series and thus leads the competition by far. Samsung is also a manufacturer and supplier of network infrastructure. With Ericsson and Samsung, the big names in mobile telecommunications and network technology are crossing swords – by 5 G.

Are you also looking for advice concerning basic patents or patent protection?

Our patent attorneys and attorneys at law are experienced and highly qualified in all fields of intellectual property law.
In addition, we are authorized to represent you in any court – in Germany and internationally.
Please contact us if you are interested.