So-called Standard Essential Patents (SEPs) are indispensable for all modern technology in telecommunications, radio networks and also in the Internet of Things (IoT). The associated obligation to conclude license agreements under FRAND conditions is essentially subject to the rules laid down by the European Court of Justice’s Huawei vs. ZTE ruling of 2015. 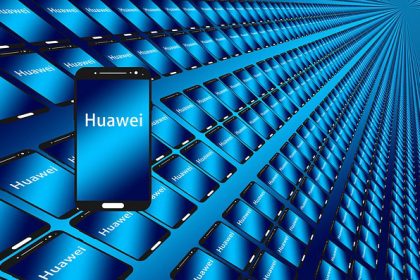 So-called Standard Essential Patents (SEPs) have been indispensable for many years, especially in the telecommunications sector. Such patents are reported by the patent holder as essential to the standardisation organisation European Telecommunications Standards Institute (ETSI) and must commit in writing to license these patents to competitors on fair, reasonable and non-discriminatory (FRAND) terms in accordance with ETSI’s IPR Directive.

However, there are repeated legal disputes in which patent holders claim that their own SEP has been infringed and the other party complains that the patent holder has imposed unfair conditions on a – ultimately not yet concluded or already failed – licensing agreement.

This makes the ECJ ruling Huawei vs. ZTE of 2015 (C-170/13, EU:C:2015:477) all the more important, which clarified the legal classification in this area – with a slight tendency in favour of SEP users. In its ruling, the ECJ laid down important rules for SEPs for licensing agreements in standards-based technologies. In addition to telecommunications, these naturally include radio networks and corresponding logistics and the Internet of Things (IoT), which is increasingly becoming the standard, especially in the area of the networked home (smart home).

According to Art. 102 TFEU, the patent holder of an SEP is obliged to grant a licence on FRAND terms. However, there is often a dispute about the appropriate FRAND conditions.  Even in the Huawei vs. ZTE case before the ECJ, the parties did not agree on the requirements imposed by the FRAND conditions. The parties agreed that a dominant market position existed. Therefore, in the case Huawei vs. ZTE the ECJ only examined the existence of an abuse under Art. 102 TFEU.

In short: In order to enable fair and speedy licence negotiations and to avoid a finding of abuse of a dominant position, the holder of a standard essential patent (SEP) must explain to the competitor and interested party and also justify why his licence offer is FRAND as it stands, so that the interested party can assess the offer and respond with a realistic counter-offer. In turn, the prospective licensee must not pursue any delaying tactics.

Incidentally, at the end of 2015 the ECJ added in a rectification decision that both the reference to the infringement and the plaintiff’s license offer must be made before the action is filed.

For in Huawei v. ZTE, the ECJ formulated the following clear requirements for the patent holder of an SEP in order to avoid abuse.

The patent holder of an SEP can only file a patent infringement action for an injunction to cease infringement of his patent or for the recall of products manufactured on the basis of his patent if his license offer was formulated in accordance with the rules set out by the ECJ in this judgment and if, prior to filing the action, he notifies the alleged infringer of the action and gives him prior notice, even if the SEP in question has already been used by the alleged infringer.

And even if all this is the case, a patent infringement action against the infringer is only admissible if the infringer does not respond to the license offer with due care, the ECJ ruled. In concrete terms, the ECJ stated that the infringer must make a concrete counter-offer in writing in order to comply with his duty of care and must not pursue delaying tactics while continuing to use the patent in question. The court in Karlsruhe (6 U 183/16 (Philips v Wiko)) has specifically stated which period of time this can be: the alleged patent infringer should regularly not need more than two months for the examination and the decision to declare his willingness to enter into a license agreement.

If a patent holder of an SEP files a patent infringement action for injunction or recall of products without fulfilling these conditions, he is committing an abuse of a dominant position within the meaning of Art. 102 TFEU, the ECJ ruled in its judgment Huawei vs.

Action for damages by the patentee is admissible

However, the SEP’s patent holder may bring an infringement action against the alleged infringer of its patent for accounting for past acts of use in relation to the patent or for damages for those acts, the ECJ added.

In principle, national courts use different methods to determine the FRAND rate, such as settlements, hypothetical negotiation, top-down, added value or bottom-up. Legally, there is not yet any uniformity on how damages should be calculated. For example, the OLG Düsseldorf only set a FRAND license fee as the basis for calculating damages against the infringer, whereas the OLG Karlsruhe also set the costs and profits of the infringer.

Simultaneous nullity action against the patent holder of the SEP

A patent infringer, on the other hand, is expressly free to bring a nullity action against the patent holder of an SEP at the same time as the negotiations on the granting of licenses, the ECJ ruled. This follows from the fact that a standardization organization such as the one for SEPs in the standardization procedure neither checks whether the patents are legally valid nor whether they are essential for the standard to which they belong. It is therefore right and proper to be able to challenge the validity of these patents or their essential character for the standard, which is guaranteed by Art. 47 of the Charter with the right to effective judicial protection, the highest European court decided.

Open questions about the licensing within ETSI FRAND

However, the legal significance of the licensing obligation of ETSI FRAND signed by the participants in its standardisation development processes is still disputed; is it merely a pre-contractual matter or an agreement in favour of third parties, including non-ETSI members? Accordingly, the defendants in SEP cases in the USA do indeed rely on contract law, in Europe, on the other hand, mainly on antitrust law.

License agreements are difficult to compare

Often, however, license agreements are difficult to compare, sometimes only with the help of an expert due to specific regulations and conditions. This does not make the situation any easier for the courts either, especially since often license fees have to be determined for different countries with correspondingly different rules for common license agreements in these countries.

Do you also need support to protect your patent  or portfolios? Or would you like a license agreement?