Apple and Qualcomm have ended their long-running patent dispute through a settlement and a new license agreement. Licensing agreements are becoming increasingly important throughout the digital economy. 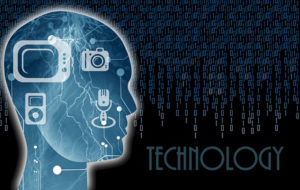 Apple will pay an unknown sum to Qualcomm, the press agencies reported last week. All proceedings between Apple and Qualcomm will be dropped. In return, a license agreement will be concluded for an initial period of six years. The conditions were not communicated.

Update from May 7th

US manufacturer Qualcomm announced last Wednesday in a press release that the company expected a windfall (tax revenue gain) of $4.5 to $4.7 billion this quarter after a recent settlement between Qualcomm and Apple brought an end to patent litigation.

In the press release, Qualcomm mentions a six-year global patent license with Apple and a multi-year chipset supply contract with Apple. The windfall gain is expected from “payment from Apple and the release of our obligations to pay or refund from Apple and the contract manufacturers,” according to Qualcomm.

The agreement between the two US companies came at an opportune time – with the start of a patent process in California that was important for both parties. Apple accused Qualcomm of over-licensing its patents, thereby hindering competition. Qualcomm accused Apple devices of using Qualcomm’s technology without a patent license. These questions were the subject of various international proceedings between Apple and Qualcomm, which resulted in one party winning and the other winning.

Essential judgments in the years of patent dispute were:

Good will to compromise

In April 2018, Qualcomm had already signaled that it was considering its own licensing terms. Until then, Qualcomm calculated the royalties for its intellectual property rights mostly as a percentage of the selling price of a smartphone. This licensing model has not only been criticized by Apple and has also been the subject of investigations by regulatory authorities in the USA, South Korea and China, for example. The chip manufacturer showed itself willing to compromise and announced a price cap of 400 dollars for the device price from which it wants to calculate the percentage license fees – a significant relief for all premium smartphone manufacturers. And Apple, too, had already indicated in 2018 that there was interest in ending long-standing patent proceedings. In June 2018, Apple and Samsung announced that they would end all patent disputes after 7 years of litigation.

Licensing agreement in the digital economy

License agreements are becoming increasingly important in the digital business, for mobile communications as well as for the networked car and cloud business. For example, Google has been charging up to $40 royalty per Android smartphone since February 2019. The manufacturers must pay these for the use of “Google Mobile Services” in Europe. This also includes the Google Play Store, but also Google Maps and Youtube. This is a direct response from Google to the EU Commission’s decision last year to initially impose a fine of €4.34 billion for market abuse. Google has appealed against this decision.

In December 2018, chip manufacturer Broadcom in turn filed patent lawsuits before two German courts for the key patents for the networked car. Also in 2018, following a complaint by chip manufacturer Broadcom, the U.S. International Trade Commission initiated an investigation into the products of Japanese companies such as Toyota Motor and Panasonic for alleged patent infringements in vehicle entertainment systems.

The new 5G standard for mobile communications is also part of licensing agreements before the corresponding frequencies are even allocated in the auction in Germany. The Frankfurter Allgemeine Zeitung reported that Apple knew that there would be no 5G chip from chip manufacturer Intel and that the company was dependent on cooperation with Qualcomm. And in August 2018, Nokia announced its plans for license fees around the 5G standard – as one of the three large technology companies that hold a significant share of essential standard patents, so-called Standard Essential Patents (SEP).

Do you any help or advise in questions of licensing agreement?