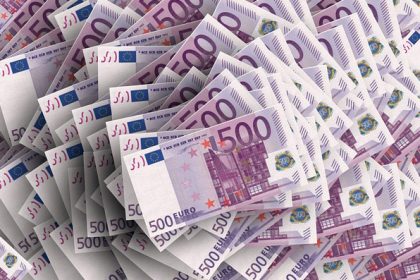 The winner takes it all: Anyone who loses in court proceedings must bear the costs of the proceedings. In Germany, the relevant laws are the German Court Costs Act (german: Gerichtskostengesetz (GKG)) and the Code of Civil Procedure (german: Zivilprozessordnung (ZPO)) – and in patent infringement proceedings also the German Patent Act (german: Patentgesetz (PatG)).

Insofar as a decision pursuant to § 62 GKG is not issued or is not binding, the trial court shall set the value for the fees to be charged by order as soon as a decision is issued on the entire subject matter of the dispute or the proceedings are otherwise disposed of.

If court proceedings have been declared settled on the merits by the parties, a decision must be made on the costs of the proceedings.

In principle, this is regulated under German law in accordance with § 91a (1) of the German Code of Civil Procedure (ZPO), according to which the costs of the proceedings are to be decided “at the court’s reasonable discretion, taking into account the state of the facts and of the dispute to date” and by order of the court.

However, it also depends on the nature of the proceedings. As early as 2011, the German Federal Supreme Court (BGH) ruled that a decision on costs in application of § 91a of the German Code of Civil Procedure (ZPO) cannot be considered in independent evidence proceedings (BGH, VII ZB 108/08).

In patent litigation, on the other hand, the costs of the proceedings are to be determined in accordance with § 84 (2) Patent Act in conjunction with § 91a (1) Code of Civil Procedure – also at equitable discretion.

And according to case law, for proceedings that have been declared terminated, the party that would probably have been unsuccessful if the event leading to the termination had not occurred must in principle bear the costs (see BGH, July 1983, X ZR 62/81 – Brückenlegepanzer II; BPatG 2018, 2 Ni 18/16 (EP)). In this context, it is expressly irrelevant whether the action has become unfounded as a result of the event terminating the legal dispute or whether it has become inadmissible as a result of a lapse of the applicant’s legal interest in the invalidity of the patent in suit.

From practice: Expiry of the patent

In practice, it is not at all uncommon that the expiry of the patent in suit leads to the settlement of the main issue in patent revocation proceedings. This is because, from this point on, the basis for the nullity action is withdrawn. Therefore, after the expiry of a patent in suit, the plaintiff only has an interest in legal protection if the subsequent declaration of invalidity of the expired patent could have brought him a legal advantage.

The fact that a previously admissible action becomes inadmissible as a result of the expiry of the patent and is therefore to be treated in the same way within the framework of § 91a of the German Code of Civil Procedure as an event which settles the main action was established by the BGH in its decision of 1983.

And then the party who would probably have been unsuccessful if the event leading to the settlement had not occurred – and if there are no indications for further equity considerations – has to bear the costs.

This is because if an action were considered to be wanton, this could justify an order to pay the costs to the plaintiff. The German BPatG (Bundespatentgericht) has currently ruled on such a question (December 29, 2021, 2 Ni 8/20 (EP)). In the case presented there, the applicant had filed its invalidity action more than two years before the patent lapsed due to the passage of time. At that time, it did not need to demonstrate any legal protection of its own, since the invalidity action was structured as a popular action. The BPatG did not regard this case structure as a willful action; the applicant had not been able to foresee at that time how the Senate would decide.

Value of dispute in patent proceedings

The value in dispute in patent revocation proceedings is to be determined according to § 51 (1), § 63 (2) GKG, also “at equitable discretion”. According to the established case law of the Federal Court of Justice, the fair market value of the patent at the time of filing the nullity action plus the amount of the claims for damages incurred up to that time is generally decisive for this (Keukenschrijver, Patentnichtigkeitsverfahren, 7th ed. 2020, marginal no. 567). In addition, the importance of the patent in suit for the sale of marketable products and the rightholder’s sales expectations based thereon must be taken into account when setting the amount in dispute in infringement proceedings (see BGH, 2013 – X ZR 171/12).

In practice, therefore, the (preliminary) amount in dispute of the pending infringement proceedings is used as a basis. As a rule, this amount is to be increased by 25% to take account of the value of own use, the BGH already decided in April 2011 (X ZR 28/09) in the decision Nichtigkeitsstreitwert I . The BGH has also already decided in principle on the value in dispute of standard-essential patents (SEP) – we reported: The fact that the patent in question is an SEP does not in itself lead to a further increase in the amount in dispute, the BGH ruled in ‘Nichtigkeitsstreitwert III’ (X ZR 23/21).

However, in the case before the BPatG, the plaintiff had, according to its own statements, only roughly estimated the amount in dispute; it had stated the amount in dispute in its application as €1,500,000.00 and pointed out that the parties were, however, still conducting two further nullity proceedings (2 Ni 7/20 (EP) and 2 Ni 9/20 (EP)). In these proceedings, the value in dispute was stated by the plaintiff as €250,000.00 and €500,000.00, respectively.

Costs of the proceedings of European Court

Finally, we would like to draw your attention to the Rules of Procedure of the European Court of Justice. According to these rules, an active application must be made for the costs of the proceedings to be borne. Because the intervener Samsøe & Samsøe had not done so, it had to bear its own costs of the proceedings – even though it was successful in the proceedings (pursuant to Article 138(3) of the Rules of Procedure). The unsuccessful plaintiff in the case had in turn applied for costs. However, this was also in vain, as the action was lost. The plaintiff had to pay her costs alone, from all proceedings. But not for the costs of the intervener.

The court, on the other hand, set the amount in dispute at a significantly lower level, in this case at €500,000.00, according to its “equitable discretion”. The underlying invalidity proceedings 2 Ni 7/20 (EP) and 2 Ni 9/20 (EP) concerned interactive television applications and electronic program guides, respectively. However, both patents – according to the correct statements of the parties – relate to the same technical field of interactive television systems, the BPatG stated. Therefore, a value in dispute of €500,000.00 was appropriate, the court ruled.

Our attorneys have many years of expertise in patent law as well as in the entire field of intellectual property and are authorized to represent you before any office and before any court – in Germany and also internationally.