Nokia announced on Wednesday a licensing fee of $3.48 per device for its 5G standards. This spots the licensing agreements in the mobile communication industry under spotlight, but also raises the question: What is a fair license fee? 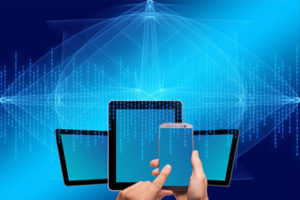 Nokia is one of the three large technology companies that hold a significant share of essential standard essential patents (SEP) for the mobile communications standard 5G.

The other two important companies for the 5G standard are Ericsson and Qualcomm. Both have already published what they expect for their shares of SEPs needed for 5G NR equipment. Ericsson calculates license fees on a sliding scale between $2.50 and $5 based on the cost of a device, Qualcomm in turn plans to license its 5G patents at 2.275 percent of the total price of a single-mode phone and 3.25 percent for multi-mode phones – with a price cap of $400. In addition, there are other patent holders who have not yet expressed an opinion on license fees, including the successful Chinese smartphone manufacturer Huawei.

Such a pre-defined fee system is a typical uniform fee regulation for mobile phone standards. There may be also other payments between the phone companies for the use of proprietary design and implementation patents, not all of them public. Last not least, under these royalty calculation plans, a modern smartphone could theoretically incur over $21 in royalties with about half of the royalties were going to Qualcomm.

What is a fair license fee?

The question of whether excessive patent license fees or fair licence fees are levied is a recurring concern of the courts. For years, Apple and Qualcomm have fought over the fair royalty, the determination and payment of the royalty, even internationally (Info Blog: Apple wins against Qualcomm – important patent and royalty decisions). The reason is obvious: these are essential and indispensable standard patents for the smartphone industry, for which there is a duty to share fair licensing agreements with others. It is mandatory to choose a fair, reasonable and non-discriminatory (FRAND) approach to licensing. This means that the licensor should not have a significant negotiating advantage over its licensees, but the royalties should provide a stable source of revenue for the licensing company.

Licensing conditions for patents that are considered fair, reasonable and free of discretion are called FRAND (Fair, R easonable a nd Non-Discriminatory)

In particular, all participants are protected against future incalculable claims by a pre-defined fee system. The model of the uniform fee regulation for mobile phone standards (e. g. GSM and UMTS) is regarded as a model example.
Quoted from: IP Wikipedia www.legal-patent.com

Basic Aspects of a License Agreement

If the patents are not essential standard patents that are indispensable for the implementation of industry standards, a royalty based on turnover would be recommended. This is because the turnover is easily verifiable and protected against inflation. This aspect is not unimportant, as patent terms can easily span decades. Therefore, a per-unit licence, as Nokia has now announced, could result in inflation causing the agreed licence fee to be unfairly low after a few years.

Another important aspect of licensing agreements is the non-aggression clause. This is intended to prevent licensees from attacking intellectual property rights, for example through shell companies. But this is all the more complicated in the nested licensing agreements of the large technology companies. For example, the agreements between Apple and Qualcomm show that the royalties are paid indirectly as part of the manufacturing costs. Apple’s contract manufacturers (Foxconn, Pegatron, Wistron and Compal) pay royalties to Qualcomm for using Qualcomm patents. In addition, Qualcomm must reimburse Apple for rebate royalty payments. (see also: Info Blog: Qualcomm and Apple – long relationship, bitter conflict)

Nokia’s patent portfolio consists of over 26,000 patent families from three different organisations – Nokia Technologies, Nokia Solutions and Networks and Alcatel Lucent. The Company holds a significant share of significant patents in GSM, 3G radio and 4G LTE technologies, many of which were developed as the Company dominated the mobile communications business as a pioneer. Nokia benefits from corresponding license agreements. In addition, Nokia signed a patent cross licensing agreement with Chinese Xiaomi Technology in 2017 – the Finnish smartphone pioneer’s first contract with a Chinese manufacturer, the business magazine Forbes reported.

Nokia expects in its current announcement in any case that it will occupy a significant position among the major patents for mobile standards will also be in 5G. The Finnish company emphasises that Nokia’s licensing practices for the licensing of 5G SEPs for mobile phones are in line with its licensing commitments to relevant standards and the FRAND approach.

Maybe these articles concerning licensing are interesting for you, too?