A case on likelihood of confusion of trade marks for beverages was decided before the CFI: CODE-X v. Cody’s. A relevant aspect was the question of whether phonetic similarity is particularly significant in the beverage sector. Not in the present case, the CFI ruled.

In the present case CODE-X v. Cody’s, both marks claimed the field of “beverages”. The owner of the earlier mark Cody’s is Cody’s Drinks International GmbH (Germany), the applicant for the contested younger mark CODE-X is Ancor Group GmbH (Germany).

The Opposition Division rejected the opposition. However, the subsequently appealed Board of Appeal reversed this decision and upheld the trade mark proprietor of the earlier trade mark Cody’s. In assessing the likelihood of confusion, particular importance was attached to the degree of phonetic similarity, so the Board of Appeal found a likelihood of confusion in all the marks relied on.

Subsequently, trade mark applicant Ancor Group GmbH brought an action before the European Court of Justice (General Court, CFI). It claimed infringement of Article 8(1)(b) of Regulation 2017/1001 as, in its view, the likelihood of confusion had been wrongly established.

Accordingly, the CFI primarily reviewed the similarity of the signs CODE-X and Cody’s, and therein above all the phonetic similarity. This is particularly relevant for trade marks in the field of beverages, because they can be ordered orally (in bars, restaurants) as well as perceived primarily visually (supermarkets, also through menus or drink menus).

Therefore, with the emphasis on “may”, for goods belonging to the beverage sector and in particular to alcoholic beverages, particular importance may be attributed to the phonetic similarity of the conflicting signs, the ECJ stated. Above all, however, this is the case when the goods in question are ordered orally, and mainly.

The Board of Appeal had found that the pronunciation of the mark applied for was “kodiks” or “kodex” and that of the earlier word mark was “kodis”, so that the conflicting signs were phonetically highly similar – even if they differed in their respective final syllables (“e-x and “y’s”).

However, the CFI ruled that this was wrong. The hyphen affects the pronunciation of the mark CODE-X, because it marks one of the syllable divisions; consumers would pause before the syllable “iks” or the syllable “ex”.

The earlier mark Cody’s, on the other hand, would be immediately understood by the relevant public as referring to a proper name, in the possessive form. The court explained that an apostrophe followed by an “s” forms the genitive of proper names in English and in some cases in German. The elements of the Cody’s mark therefore form a unitary expression in their entirety, the CFI explained.

In addition, the CFI found that the Board of Appeal had also wrongly taken into account relevant publics with a below-average level of attention. Rather, the degree of attention was average, the CFI ruled.

And since the very perception as a proper name of “Cody’s” also created a conceptual difference between the marks – which was not disputed by the parties – the CFI ruled that there was a likelihood of confusion.

Ancor Group GmbH’s action was therefore upheld and even more: the applicant had filed a second application to uphold the decision of the Opposition Division rejecting the opposition to registration of the trade mark applied for.

And this was also granted. Indeed, the CFI only has the power to amend a decision if the court reaches a different decision after reviewing the assessment made by the Board of Appeal. In this case, however, the Board of Appeal, like the Opposition Division, should have found that there was no likelihood of confusion, the CFI said. Consequently, the court also rejected the opposition of Cody’s Drinks International GmbH. 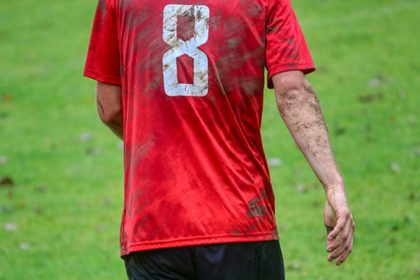