The UK Supreme Court ruled in the important FRAND ruling Huawei vs. Unwired Planet at the end of August. The appeal of Huawei was rejected, and UK courts are responsible for SEP license terms of disputed patents, including foreign patents. 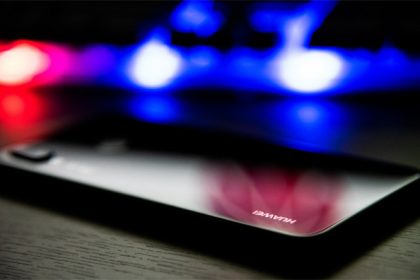 The UK Supreme Court had to hear an appeal by Huawei in this case. The court had to examine whether the UK court could order a license on the basis of a UK patent in conjunction with the determination of a royalty rate. This was the decision of the UK court, chaired by Judge Birss.

This had been preceded by a classic tactic of the large companies in mobile telecommunications for essential patents in mobile telecommunications. In 2013, Unwired Planet purchased a portfolio of patents and patent applications from Ericsson, which had previously licensed some of its patents to Huawei; however, the license granted by Ericsson to Huawei expired in 2012. Huawei continued to use the technology protected by the patents thereafter. Negotiations were initiated between the parties but did not result in a final agreement.

In March 2014, Unwired Planet initiated proceedings in England against Huawei and others for infringement of these patents. In subsequent proceedings, two of the patents were found to be both valid and essential, i.e., classified as standard-essential patents (SEP), but Huawei did not want to accept a license obligation with respect to these two patents. Most importantly, in subsequent proceedings, Judge Birss ruled that the patent holder’s obligation to license its SEP on FRAND terms was actionable in the English courts. Huawei appealed to the highest British court.

The UK Supreme Court therefore had to clarify whether a UK court can issue an injunction to stop the infringement of a British patent if the invention is an essential part of an international standard for telecommunications equipment.

The court decided on the jurisdiction of the UK courts.  The English courts have jurisdiction to determine the terms of a license concerning disputed or potentially disputed foreign patents, the UK Supreme Court ruled. Although this would be outside their jurisdiction if the rulings of the English courts were to purport to rule on the validity or infringement of a foreign patent, the Court clarified. However, this was not the case here. Judge Birss J. and the Court of Appeal rather considered commercial practice in telecommunications. The practice, the Court explained, consisted in agreeing to license a portfolio of patents, regardless of whether each patent was valid or infringed by the use of the corresponding technology in the standard. In the Court’s view, this also meant the obligation for a single uniform licensing obligation.

It is true that the FRAND obligation in IPR policy extends to the fairness of the procedure by which the parties negotiate a license, the Court explained. Huawei argued, however, that it would be pointless for a British court to determine the terms of a global license. Huawei indicated that otherwise the English courts would establish themselves uniquely as a de facto global licensing court.

However, the court rejected this. In the present case, Huawei does not appear to have sought a fair settlement in a global license, the UK judges found. Unwired had shown itself willing to grant Huawei a license on the terms that the court determined to be FRAND compliant, whereas Huawei, in contrast, had only been willing to take a license with a scope determined by Huawei itself.

Although Judge Birss went further than other courts so far in his willingness to lay down the specific conditions of a FRAND license, which the parties could not agree on, the Court added that this was in line with other rulings.

Ultimately, the approach of Judge Birss pursued two claims, namely to take into account the practice of the respective industry when defining the geographical scope of a FRAND and to allow the license and the granting of an injunction against the infringement of a national patent if licensees are not willing to accept the offer of a FRAND or delay acceptance.

Huawei’s appeal against the Birss decision was therefore dismissed by the Supreme Court.

Are you looking for assistance in protecting patents or patent portfolios?

Our attorneys have many years of expertise in patent and licensing law as well as in the entire field of intellectual property and are authorized to represent you in any court – in Germany and internationally.
Please contact us if you are interested.