Apple today before the German Court LG Mannheim has won against Qualcomm. The lawsuit for Apple’s patent infringement was dismissed. However, today’s ruling has no direct effect on the enforceable sales ban on Apple iPhone models as a result of the recent ruling by the Munich Regional Court. 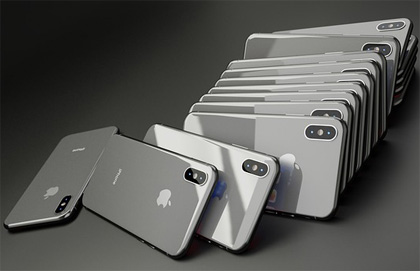 As before the spectacular judgement of the LG Munich, today’s judgement of LG Mannheim focused on a possible patent infringement by Apple for the same patent in dispute EP 2 460 270, but another aspect of the controversial U-Envelope Tracker. The U.-Chip from the manufacturer Qorvo is used in different iPhone models. Qualcomm accuses Apple of infringing the patent EP 2 460 270. The exact design of the U.-Chip is in dispute between the parties; Qorvo denies having used Qualcomm technology, and Apple also rejects the patent infringement. Today’s judgment dealt with the “Power Tracker for multiple transmit signals sent simultaneously” aspect of the U-Envelope Tracker.

The District Court of Mannheim (LG Mannheim) today dismissed the actions as unfounded. The chairman stated that the patent EP 2 460 270 was not infringed by the chips used in the defendant’s smartphones. In the reasons for the judgement, the so-called “bulk tension” was explicitly mentioned. The parties had disputed how this term should be understood and thus how the patent should be interpreted. Apple argued that the “bulk tension” must be a constant, fixed tension, while Qualcomm claimed the opposite.

The court therefore added that the further issues of dispute discussed between the parties, in particular the antitrust problems cited by the defendant, were not relevant.

Qualcomm may appeal against this decision of the LG Mannheim. The competent court would then be the next instance, the Karlsruhe Higher Regional Court.

Today’s judgment has no direct effect on the enforceable sales ban of the Apple iPhone models iPhone 7 (Plus), iPhone 8 (Plus) and iPhone X in Germany as a result of the judgment of the Munich Regional Court (we reported: Sales ban of Apple iPhones in Germany is enforceable). While today’s ruling focused on simultaneously transmitted signals, the arguments before the Munich Regional Court revolved around signal transmission at low voltage in particular. In view of the fierce patent battle, this judgement is probably just another stage in the test of strength of the US manufacturers Apple and Qualcomm.

Would you also like to protect your patent or product?