Apple won another patent infringement case against Qualcomm yesterday before the Munich Regional Court. Four of a total of eight pending lawsuits brought by Qualcomm Inc. against Apple Inc. were dismissed. The focus was on the allegation that the Siri & Search function infringed the lawsuit patents. 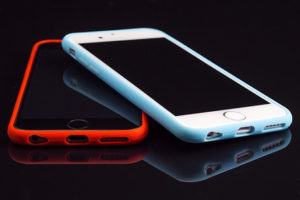 In particular, the court did not see any realization of the feature “standby display”. According to the Chamber, there is no possibility of input in a standby mode in the sense of the plaintiff’s patents if the user must first purposefully call up an application. However, this is precisely the case with the disputed earlier version of the search functionality (up to and including ioS 11) of the “Spotlight Search/Siri & Search” function.

In addition to the four patent actions against the Siri & Search function, which were rejected yesterday, four other proceedings are still pending. The plaintiff may first comment in writing on preliminary indications of the Opposition Division of the European Patent Office. However, this information was only provided after the last hearing date. The patents EP 3 094 067 and EP 3 054 658 (file no. 7 O 14455/17, 7 O 14457/17, 7 O 14460/17 and 7 O 14462/17) and thus also the function “Spotlight Search / Siri & Search” are affected in the pending actions.

Yesterday’s judgments are not yet final.

Yesterday’s ruling is part of an international patent dispute between Qualcomm and Apple. In 2017, the licensing model was negotiated between the two companies before an American court. Apple sued Qualcomm in 2016 because of its licensing policy, which violated antitrust and US patent law, and because of its failure with respect to “FRAND. ( Apple wins against Qualcomm: two important licensing decisions ) At the beginning of December 2018, there was a ban on the sale of some iPhones in China ( Sales ban for Apple iPhone in China ), followed by a ban on the sale of some iPhone models in Germany ( Sales ban of Apple iPhones in Germany is enforceable ). In both of these prohibition judgments, Qualcomm successfully asserted that Apple infringed its patents.

In mid-January, Apple was victorious against Qualcomm in the patent dispute over the “Power Tracker for multiple transmit signals sent simultaneously” of the U-Envelope Tracker ( Apple wins patent infringement suit related to Qualcomm’s patent ).

Yesterday’s judgement can only be seen as a further step in the test of strength of the US manufacturers Apple and Qualcomm. Further infringement proceedings have already been scheduled: two patent infringement proceedings concerning the EP 1 988 602 patent “monopoly-like antenna” are expected to be heard at the end of March – again before the Munich Regional Court.

Would you also like to protect your patent or your brand?