Sales ban of Apple iPhones in Germany is enforceable

The Munich Regional Court ruled on 20 December that Apple had infringed Qualcomm’s patent rights in several iPhones. Qualcomm deposited the high security deposit and could enforce a sales ban on several iPhones in Germany. 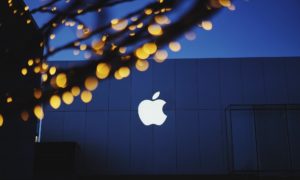 Today, on 3 January 2019, Qualcomm announced that it has deposited the very high level of security required by the German Regional Court. The company announced in a press release that it had subscribed securities guarantees in the amount of €1.34 billion (euros). It is thus consistently implementing the judgement of the Munich Regional Court ( 7 O 10495/17 ). In this patent dispute between Qualcomm and Apple, the Munich Regional Court ruled on 20 December 2018 that Apple had infringed Qualcomm’s patent rights in several iPhones and was no longer allowed to offer the affected models in Germany – when Qualcomm deposits a very high security deposit.

The patent states that the state of the art is envelope tracking, which is able to follow the high-frequency signal to be transmitted and its changing amplitudes over time. How much energy must be invested in the amplification and transmission of the signal depends in particular on the amplitude.

Judgment of the LG Munich 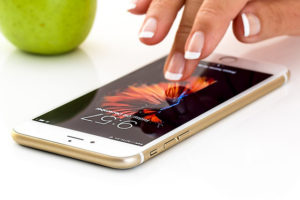 The plaintiff’s patent is – undisputedly – not standard essential, the Munich Regional Court clarified. But the U.-Chip is part of the U.-Envelope Tracker (“Lowvoltage power-efficient envelope tracker”), which is the so-called System Inside Package module, which includes a chip and other elements such as capacitors and inductors. This chip was developed by the manufacturer Qorvo and installed on the iPhone 7 (Plus), iPhone 8 (Plus) and iPhone X (Qorvo 81003M). The exact design of the U. chip is disputed between the parties; Qorvo denies having used Qualcomm technology. Apple also denies the alleged patent infringement, invoking a different design of its circuit boards in the disputed iPhones, so that no special power supply regulation is needed. However, Apple did not want to present the exact circuit diagrams with reference to secrecy interests. The fact that substantiated party submissions must be substantiated and denied by the opponent was a matter of course in court, the court ruled. The court had pointed out the lack of conclusiveness of the submission. In addition, the submission or non- submission of documents was in principle at the discretion of the lawyer. But a patent infringement is already present if an attacked form of execution can be used in such a way that it realises the features of the plaintiff’s patent, the Munich Regional Court clarified. Exactly this is the case here. Therefore, the Munich Regional Court ruled that Apple infringes Qualcomm’s patent rights in several iPhones.

Stage in a bitter patent battle

The proceedings before the Munich Regional Court are not the only current dispute between Apple and Qualcomm. Another aspect of the U-Envelope Tracker (“Power Tracker for multiple transmit signals sent simultaneously”) is at issue between the two parties in another pending patent dispute before the Mannheim court.

Qualcomm and Apple are waging a bitter patent battle not only in Germany, but also internationally. Just a few weeks ago, a Chinese court issued a ruling prohibiting the sale of some iPhone models in China ( Sales ban for Apple iPhone in China ). The UK High Court also has a patent dispute, and the EU Commission has to decide on a competition case against Qualcomm.

Ban on sale against security deposit

The ruling may have far-reaching consequences for the well-known smartphone manufacturer, as it also means a – initially still theoretical – sales ban on the Apple iPhone 7 (Plus), iPhone 8 (Plus) and iPhone X models. The ruling has not yet become final and Apple also has the opportunity to appeal against it to the Higher Regional Court in Munich (OLG München). Spiegel Online reported directly before Christmas that Apple, as a reaction to the judgement of the LG Munich, wants to forego the sale of the iPhone 7 (Plus) and iPhone 8 (Plus) in its own German Apple stores for the time being. However, the models are to remain available in Germany via mobile phone providers and other dealers. Apple is also announcing that it will appeal the decision.

According to information from the Reuters news agency, Apple appealed today, on 4 January 2019, against the decision of the Munich Regional Court of 20 December. This patent dispute will therefore come before the Court of Second Instance. This notwithstanding, Qualcomm can enforce the sales ban on the disputed iPhone models – including iPhone X.

Nevertheless – and although the ruling is not yet legally binding – Qualcomm can already enforce the decision of the LG Munich and have a sales ban implemented. Due to the damages, a recall obligation and the obligation for Apple to inform third parties – and thus all iPhone dealers and buyers of the disputed models – such a sales ban by Apple can only be implemented with enormous logistics and cost expenditure. It is possible, however, that Qualcomm will ultimately lose against Apple before the Munich Higher Regional Court – or before another conceivable higher instance – despite the stage win. Therefore, the Munich Regional Court ordered a very high security deposit of €668.4 million, which Qualcomm had to deposit for the enforcement of the sales prohibition. Today, Qualcomm announced that it had signed securities guarantees in the amount of €1.34 billion (euros). Qualcomm could enforce the ban on iPhone sales of the disputed models.