Important strike against product piracy with high-quality olive oil: Europol has seized 150,000 litres of counterfeit extra virgin olive oil in Germany in a joint action by Germany and Italy. Moreover border seizure is an effective means of preventing the import of fake goods. 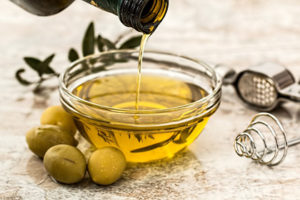 In an operation against inferior food, Europol, in cooperation with the Italian Carabinieri and the Darmstadt court in Germany, confiscated 150 000 litres of counterfeit olive oil in the special quality class “Extra virgin olive oil”, according to press release of Europol.

Product piracy with high-quality olive oil first attracted attention in Italy, according to a current press release from Europol. The Italian Carabieri succeeded in finding a criminal organization that manipulated large quantities of sunflower oil in Italy. The gangs added components such as chlorophyll, beta-carotene and soya oil to the inferior oil and made it look like “extra virgin olive oil”.

Quality classes should not be confused with Protected designation of origin or Guaranteed traditional speciality (read here about EU geographical designation).

The suspects delivered the manipulated oil in trucks to Germany. Here the counterfeit olive oil was to be sold in the catering trade and stored in logistics companies.

According to estimates, the suspects have won about 8 million euros each year, Europol says. This estimate is based on the assumption that one million litres of sunflower oil were purchased for around one million euro per year and that the counterfeit product was sold at between 5 and 10 euro per litre.

This action was carried out against product piracy by the international operation OPSON, which focuses on combating counterfeiting and inferior quality food and drink on the European and non-European markets. Europol and Eurojust shall support these actions.

Product and brand piracy are a serious and increasing problem: counterfeit products that infringe existing patent, trademark or design rights are constantly being imported into the EU and Germany from non-EU countries. The customs border seizure is an effective means to forestall the infringers of your intellectual property rights before they start earning money with your ideas in the EU or in Germany.

What is a customs border seizure?

Customs border seizure is one way of combating patent, trademark or design infringing products imported into Europe or Germany from non-EU countries and sold or exhibited here at trade fairs at an early stage.
European or German customs authorities intercept suspicious products at the border, detain them for a certain period and inform the holder of the property right concerned of the discovery of the suspicious goods. The latter is then in a position to take action against potential product or brand pirates.

In the same way, border seizure can also be applied to products intended for export or reimport into the EU or Germany.

Border seizure is an effective means of preventing the import of trademark, patent or design infringing products into the EU or Germany. Equally important is a wisely designed and effective monitoring of your intellectual property rights as preventive work, where border seizure should be seen as a means rather than a sustainable solution.