Is prior information and the provision of a package design to the trademark owner a prerequisite for parallel imports also for medical devices? The European Court of Justice yesterday ruled in the conflict over the unreconciled re-import of the bandaging material Debrisoft. But important questions for parallel imports in the EU were also assessed: the gradual differences between repackaging and re-labelling.

Does a new label count as repackaging? 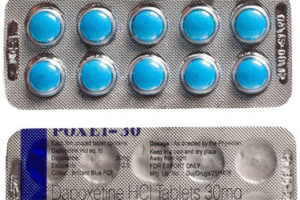 According to current case-law, a trade mark proprietor may oppose the repackaging of products bearing the trade mark. But is the re-import of a medical product also considered repackaged if the parallel importer simply applies an additional label to the original product? The Court found that the concept of repackaging includes the re-labelling of branded medicinal products (judgment of 26 April 2007, Boehringer Ingelheim and Others, C-348/04, EU:C:2007:249, marginal 28). However, the trademark owner cannot object to this if the packaging clearly states by whom the goods have been repacked and who is their manufacturer.

Lohmann & Rauscher International is the trademark owner of the original proceedings concerning the dressing material Debrisoft. Parallel importer is the Austrian-based Junek Europ distributor, which reimports sanitary products exported to Austria, including to Germany. In a German pharmacy, a box of the product Debrisoft was sold in the original box, and with an additional Junek Europ distribution label. According to the court, the sticker was affixed to an unprinted part of the box and did not conceal the Lohmann & Rauscher International trademark. However, as Lohmann & Rauscher had not been informed about the changed product packaging, they sued Junek Europ sales for infringement of the Debrisoft brand.

Both the Düsseldorf Regional Court upheld the action. The Higher Regional Court of Düsseldorf dismissed the appeal lodged by Junek Europ-Vertrieb, pointing out that the ban on using the trademark in question only applied to Germany. Junek Europ-Vertrieb then appealed to the Federal Court of Justice. So the request for a preliminary ruling reached the ECJ.

The ECJ confirms the parallel importer

The Court emphasised that in the reference case Boehringer (judgment of 26 April 2007, Boehringer Ingelheim et al., C-348/04, EU:C:2007:249, marginal 28) the situation was different. In the Boehringer case, there was an “intervention by the parallel importer in which not only was an additional external label affixed to or replaced on the packaging of the drug concerned, but the original packaging was also opened in all cases”.

In the present case, however, the Court considers that it is not a repackaging, because:

The ECJ therefore confirms the parallel importer Junek Europ-Vertrieb and thus contradicts the Düsseldorf court. The proprietor of a trade mark may not oppose the further distribution of a medical device in its internal and external original packaging by a parallel importer if an additional sticker is placed by the importer which does not pose a risk to the guarantee of origin of the medical device bearing the trade mark.

Parallel import – a topic for you too?