Another hurdle against the long-awaited UPC ( European Unified Patent Court) has fallen: The Federal Constitutional Court rejects the appeal. A violation of fundamental rights was not sufficiently credible. 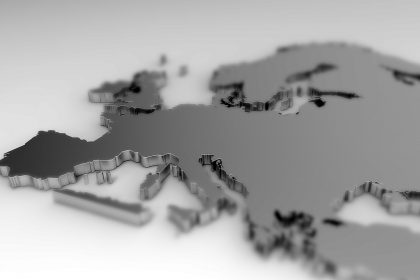 The Agreement on a Unified Patent Court (known as the UPC Agreement for short) has already provided for the introduction of a European patent since 2013 – with unitary effect as an intellectual property right recognised at EU level.

However, since the introduction required the transfer of national rights, all EU member states were supposed to ratify the UPC Convention. In many countries, this went smoothly; however, ratification in the UK and especially in Germany proved particularly difficult. After a lengthy back-and-forth, the UPC was finally ratified in the UK in April 2018, we reported. But not in Germany, where a constitutional complaint initially put the brakes on ratification.

Then, in 2020, there was movement on this issue. In February 2020, the UK decided not to participate in the UPC despite ratification – and in Germany, ratification was finally carried out in accordance with the constitution in November 2020. However, this did not completely resolve the complaints in Germany against the UPC: applications for a preliminary injunction against the Agreement on a Unified Patent Court were filed with the Federal Constitutional Court – but these were rejected, as the Federal Constitutional Court announced today (9 July 2021) in a press release.

Complaint: Violation of democracy and absolute supremacy of EU law

What was this latest complaint against the UPC about? The complainants essentially claimed that their right to democratic self-determination was violated. They also claimed that the principle of the rule of law and the fundamental right to effective legal protection had been violated. The precedence of EU law in Art. 20 of the UPC Agreement constituted an inadmissible encroachment on Germany’s constitutional identity under Art. 79 ABS. 3 GG.

The Federal Constitutional Court weighed this objection carefully. In Article 23 (1) sentence 1 GG, the Basic Law standardises the obligation to recognise the legal effects of EU law and to give it effect. According to the court, this implies that the law of consent under Article 23 (1) sentence 2 GG grants EU law primacy over domestic law. This primacy of application also applies in principle, the Federal Constitutional Court emphasised, when EU law conflicts with the Constitution – but at the same time only to the extent that the Basic Law and the domestic act of consent allow or provide for a transfer of sovereign rights.

An absolute priority of EU law would not be compatible with the Basic Law, the Federal Constitutional Court emphasised. But this was not the case with the UPC, the court ruled.

Neither the Treaty on European Union nor the Treaty on the Functioning of the European Union contain an explicit guarantee for the primacy of EU law. Against this background, it was to be assumed that Art. 20 of the UPC Agreement merely aims at eliminating any doubts about the compatibility of the agreement with EU law, but has no influence on the status quo in the relationship between EU law and national constitutions.

The Federal Constitutional Court added rather dryly that it should be noted, however, that this understanding has not yet been communicated to the contracting states.

In the opinion of the Court, the appellants had in particular not explained why and how the UPC Agreement, in its organisational design of the Unified Patent Court and in the legal status granted to the judges, could violate the rule of law principle of Article 20 (3) of the Basic Law in a way that would also constitute an interference with the principle of democracy. Admittedly, the appellants had argued that the judges at the Unified Patent Court are appointed for a term of six years, that re-election is possible and that there is no sufficient legal remedy against dismissal. However, the Federal Constitutional Court ruled that it did not explain why and how this impaired the principle of democracy. In order to do so, the court explained, the complainants would have had to show that the agreement involved a transfer of sovereign powers to the European Union (or an organisation complementary to or closely associated with the European Union) or that it significantly curtailed the powers of the Bundestag, such as its budgetary powers and its overall budgetary responsibility.

What happens now with the UPC?

The ruling is likely to spur the actual entry into force of the UPC. Actually, it had been agreed as a precondition for the entry into force of the Unified Patent Court that a ratification of the UPC by Germany, France and the UK was mandatory (“True Top 4”: four EU member states in which currently the most patents are validated: Germany, France, UK and the Netherlands). Nevertheless, the UK is no longer part of it, which is difficult enough for the UPC, but at least the factual situation regarding the UPC is now clear in Germany.

Basically, in December 2019, the preparatory committee for the UPC had officially indicated early 2021 as a possible start date for the UPC – but at that time still assuming that the UK was in.

The EU Commission hopes that thanks to the UPC and the European unitary patent, “companies will soon be able to protect inventions more easily and cheaply”. In fact, a European Unitary Patent would significantly simplify the application and validation of a patent throughout the EU. Ultimately, the costs of the unitary patent should also be lower than under the current system.

Equally important for businesses, however, is the jurisdiction for patent proceedings. At present, it is necessary to bring a possible patent infringement to court in the respective country in which the patent infringement occurred. With the entry into force of the Unified Patent Court, this is to be different; priority would be given to Union law and the interpretation jurisdiction of the ECJ.

Would you also like to protect or defend your (international) patent?

Our attorneys have many years of expertise in patent law as well as in the entire field of intellectual property and are entitled to represent you before any court – in Germany and also internationally.
Please do not hesitate to contact us if you are interested.