Unified Patent Court could start in early 2021 – with UK

While the UK is in the current election campaign for Brexit, preparations for a European Patent Court are in full swing. The Preparatory Committee for the Unified European Patent Court officially announces early 2021 as a new possible start date – and is confident that UK will be part of UPC even after Brexit. 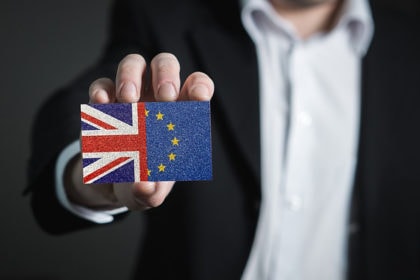 For years there has been an effort to create a common European single patent and a single patent court within the EU member states. A few days ago, a judge of the German Constitutional Court confirmed that at the beginning of next year he would decide on the constitutional complaint against the ratification of the UPC (Unified Patent Court) in Germany. The Federal Parliament ratified the UPC more than 2 years ago, but the ratification was suspended until after the decision on the constitutional complaint. However, the UPC cannot begin without ratification from Germany.

Now Alexander Ramsay, head of the Preparatory Committee for the Unified Patent Court (UPC), explained that the UPC Prepatory Committee is prepared to enter a preliminary application phase for the UPC immediately after the Constitutional Court’s ruling. A precondition for this is, however, that the German Constitutional Court rejects the complaint and thus allows the ratification of Germany, which has already taken place but is suspended, to enter into force.

European Patent Court with the UK?

Alexander Ramsay is also confident that Great Britain will be part of the Unified Patent Court, independent of Brexit. The United Kingdom has ratified the UPC agreement and as such is a contracting state. It is an international treaty and not EU law, argues Ramsay.

Political decision on the UK and Brexit: a special case

However, the Unified Patent Court has been designed and contractually established exclusively for the Member States of the EU. There are no plans to extend it to other states. After some hesitation, the UK ratified the agreement in April 2018, but after the Brexit, the UK would no longer be an EU member state.

This is a special case that could not have been foreseen when the Unified Patent Court was established by contract. One could argue that all EU member states that have ratified the Convention are participants in the Unified Patent Court, regardless of their later status as EU members. Alexander Ramsay argues in that way, but stresses that as chairman of the Preparatory Committee he sees the situation on a technical level and not on a political level.

However, UK participation after a Brexit would not be possible without complications. Brexit is declared to give back to Great Britain the control of the borders and also of the laws completely. Will the UK as part of Unified Patent Court subordinate then itself to the EU in patent law of all things? And would the UK still have the possibility of influencing the unified patent court? Ultimately, after a Brexit, it must therefore be politically clarified whether and how the UK can be a member of the Unified Patent Court and how the contractual situation would have to be adapted accordingly.

Preparations for the UPC well advanced

Overall, preparations for the UPC are well advanced, according to the UPC Preparatory Committee. It would take at least 8 months to launch the UPC after Germany has ratified the Convention, explained Alexander Ramsay. The UPC could therefore start at the beginning of 2021 at the earliest.

Teams are also in place to ensure that the court’s register rules are operational. In addition, the system and processes of the IT system that will be the basis for the UPC have been carefully tested.

In order to continue in a meaningful way, the final ratification from Germany is now absolutely necessary – and the head of the UPC Preparatory Committee is also confident that the Constitutional Court will reject the complaint. Therefore high expectations are placed on the Federal Constitutional Court, as both industry and the Federal Government are eagerly awaiting ratification from Germany.

Our attorneys have many years of expertise in patent law and in the entire field of intellectual property and are authorized to represent you before any court – in Germany and internationally.
If you are interested, please contact us.