Even before it has entered into force, the entire UPC project – the European Unitary Patent Court – is being called into question: UPC without UK! The UK will not be part of the UPC, Prime Minister Boris Johnson’s office announced. 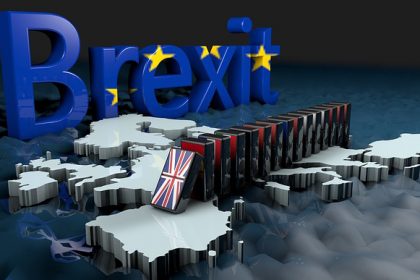 The Unified Patent Court has been conceived and contractually established exclusively for the Member States of the EU. The aim is to unify patent law and legislation in the EU, analogous to the successful development and European harmonisation of trademark and design law. The current EU patent is – contrary to its name – neither limited to EU member states nor is it uniform. It must be validated in each individual country and must also assert itself before the national patent courts.

However, the unitary patent and the Unified Patent Court are ultimately also about the transfer of national sovereign rights. This led to a constitutional complaint in Germany, which prevented the UPC from coming into force for years – and to Boris Johnson’s denunciation of the UPC.

UPC without UK – no alternative for UK

The British “No” to the UPC is not really surprising. After all, the UK’s constant support for the UPC came mainly from the period before the Brexit vote and from Theresa May’s time in office. However, since the UK would have to recognise and take along with it all the obligations of the UPC Treaty (including the primacy of Union law and the supreme responsibility for interpretation primarily by the CJEU, but ultimately by the ECJ), there is no longer any consent to be achieved in the UK: the UPC without the UK.

UPC without UK – what now?

Only two months ago, Alexander Ramsay, head of the preparatory committee for the European Patent Court (Unified Patent Court (UPC)), emphasised that the UPC could begin almost immediately if ratification finally took place in Germany.

In fact, the UK’s decision basically calls the entire UPC project into question. The UK, with its more than 60 million inhabitants and a large number of targeted patent applications, is a great loss for the UPC. Whether it will also be a loss for the UK remains to be seen. In the end, patent applicants will still have to distinguish whether they want to file a patent application in the Union states and / or in the UK.

Do you want to protect or defend your invention?

Our attorneys will be happy to advise you. If you are interested, please contact us – we look forward to hearing from you!