A current report of the press agency dpa awakens the hope for the European Patent Court. European Commission has announced that the Unified Patent Court (UPC) is due to start in a few months, and it is up to Germany to clear the way. And Germany declared that this should happen 2020. Is the UPC really coming? 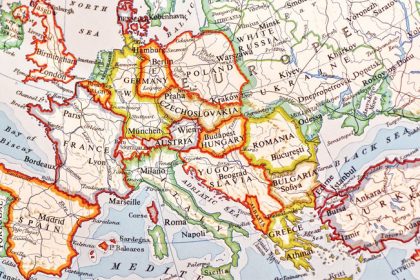 According to a press agency dpa, the European Commission has announced that the Unified Patent Court is due to start in a few months, and it is up to Germany to clear the way. And the German Federal Ministry of Justice has also declared that this should happen this year.

UPC has to be ratificated

Most European countries have long since completed the necessary ratification of the Unified Patent Court (UPC). After some back and forth, this was also ratified in the UK in April 2018, we reported. But not Germany, where a constitutional complaint has so far slowed down the ratification process. According to dpa reports, the German Federal Ministry of Justice now announces that ratification will take place in 2020.

With the ratification of the UPC, the national parliaments agree to hand over to the EU the hitherto national sovereignty of interpretation of patent law.
The entire responsibility for patentable intellectual property is transferred to the UPC. This applies to actions (i.e. infringement actions, actions and counterclaims for annulment, injunctions) against a unit patent and also against decisions of the EPO.

In March 2020, the Federal Constitutional Court had upheld a complaint against the UPC, thereby stopping the entry into force of the Unified Patent for an indefinite period of time. The core of this lawsuit against the Unified Patent Court was that the Bundestag unanimously adopted the draft bill for the corresponding treaty law, but this did not result in a two-thirds majority in parliament. For only about 35 members of parliament were present.

However, in the case of the Unified Patent and the Unified Patent Court it is ultimately a matter of the transfer of sovereign rights – and this has constitutional relevance, the Federal Constitutional Court explained. If the Federal Ministry of Justice now wants to clear the way again for the UPC “this year”, as it is said in the announcement of the German Press Agency (dpa), a reading of the bill on the Unified Patent Court must take place before a two-thirds full parliament this actually happened on November 26, 2020, the Federal Ministry of Justice informed in the meantime. Now the bill still has to pass the Bundesrat.

Time is also pressing through the brexit

But it is not only time that is pressing, but now visibly the political level is also pressing. This, in turn, is also related to the brexit, which, although still fraught with uncertainty, will still be produced by the deadline of 31 December 2020 – as things stand at present.
After all, the UK is indispensable for a European Single Patent Court. In addition, it was agreed as a precondition for the entry into force of the Unified Patent Court that ratification of the EPC is mandatory by Germany, France and the UK (“True Top 4”: four EU member states in which patents are currently most frequently validated: Germany, France, UK and the Netherlands).

This is because the unified patent court was conceived and contractually established exclusively for the member states of the EU. The aim is to unify patent law and patent legislation in the EU, analogous to the successful development in trademark and design law. The current EU patent is – contrary to its name suggests – neither limited to EU member states nor is it a uniform patent. It must be validated in each individual country and must also stand up to the national patent courts.

UPC – what are the advantages?

According to the dpa report, companies should soon be able to protect their inventions more easily and more cheaply thanks to the EU unitary patent, the EU Commission announced. In fact, a EU unitary patent would simplify the application and validation of a patent throughout the EU. Ultimately, the costs of the single patent should also be lower than under the current system.

However, the jurisdiction for patent procedures is just as important for companies. This is because it is currently necessary to bring a possible patent infringement before a court in the country in which the patent was infringed. With the entry into force of the Unified Patent Court, this is to be different; Union law and the interpretative competence of the European Court of Justice would have priority.

No UK in the European Unified Patent Court

However, the UK will not be part of the UPC, was announced by the Office of Prime Minister Boris Johnson in february 2020.

Therefore, no British judges can become officials of the Union, and no chambers of the European Unified Patent Court can be located in London as originally planned.

Do you also want to protect or defend your patent?