Where in Europe is a patent application worthwhile?

If one applies for a patent in Europe, this must be applied for and, above all, paid for in each country; even an EU patent is a bundle of national patents. Therefore, it is worth considering in which countries a patent application would be worthwhile at all – all the more so after Brexit and with the prospect of the European unitary patent. 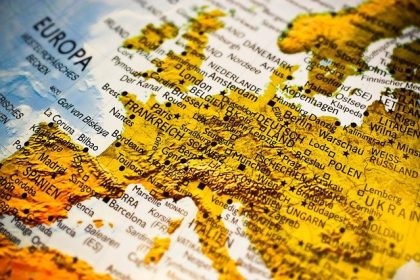 However, this question cannot be answered in a blanket manner, because not every patent is equally useful in certain countries. Our article therefore does not provide a blanket answer, but it does highlight the questions that we advise patent applicants to ask themselves.

In most cases, the economically strongest countries in Europe are the most interesting for a patent application. This is because in these countries, in most cases, the most revenue can be generated with your invention. The economically strongest countries are currently Germany, France, Great Britain, the Netherlands and Switzerland. From experience we can say that the most patent applications are also made there.

Patents are a different matter, as the European Patent Organization is an independent international organization, not an EU institution, with a total of 38 contracting states in and outside Europe. The UK is a normal member here, unchanged even after Brexit.

Critical and still unclear, however, is the jurisdiction of patent proceedings. This is already complicated by national differences in law, and is made additionally difficult by the different national professions and rules for patent attorneys, especially in the British court.

Therefore, both the EU and the UK were hoping for the European Unified Court, for which Germany finally cleared the way at the end of the year. But even before it came into force, the entire UPC project was called into question: UPC will be without UK, the British government decided already in February 2020!

And yet, you cannot generalize that the economically strongest countries are in any case the best option for your patent. Much more important than looking at the turnover of the respective country is the question in which country your invention is most suitable and where it can have the most benefit. After all, a patent application is of no use in a country that has a strong economy but cannot do anything with the respective invention.

In addition, many European countries are undergoing impressive dynamic development, especially with regard to the digitalization of industry and infrastructure as well as electric mobility. Countries like Estonia or Sweden are small, but very successful in digitization. The large EU countries Italy and Spain can also be important for a patent application, in both countries there are many rather smaller medium-sized companies that have key positions in the global recyclables chain. And Poland, for example, is the largest assembly location for household electrical appliances in Europe, and in any case occupies one of the top places by GDP performance in the EU. By the way, Poland is also particularly strong in game productions, with big names in the gaming industry.

Another option is to consider in which country the immediate competition is based. If you file a patent in this country, the competition will either be forced to become a licensee or possibly to develop new products, which can tie up considerable time and financial resources with the opponent.

So consider what benefit you hope to gain from your patent application. Do you only want to give one of your competitors a leg up? Then all you need to do is find out where they are selling their products. However, do you want to proceed strategically and achieve the highest possible sales for your product? And also exploit the value of your own invention through good licensing agreements? Then you should research which countries will benefit the most from your invention.

There is no patent remedy for this question

The answer to the question in which countries your patent application is worthwhile may also determine whether the tried and tested bundle patent of the previous EU patent will always make sense for your company’s inventions in the future or the new method of the EU unitary patent, which is expected to actually come into force this year.

If it is only worthwhile for you to apply in a few countries, you will probably decide against the unitary patent. However, if you feel protection for your patent is appropriate throughout Europe, a unitary patent would make much more sense.

Do you want to protect or defend your innovation?