The Brexit has no impact on European patents validated in the UK. This position is currently held by both the European Patent Office and the British government. The main reason for this is that the European Patent Organisation is an independent international organisation, not an EU institution. But Brexit means problems for patents, too.

Good news for patent protection in the UK 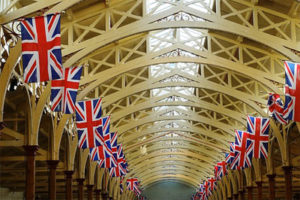 The European patent, in turn, is granted by the EPO. Contrary to what its name suggests, it is not limited to the EU Member States.

The European Patent Convention (EPC; French Convention sur le brevet européen, CBE) has a total of 38 contracting states. These include all 28 member states of the EU as well as 10 other states. These include EU-related countries such as Norway and Switzerland, but also Iceland, Macedonia and Turkey. In addition, the European Patent Organisation has concluded agreements on the extension of the protection of European patents with some states that are not members of the EPC. These are currently Bosnia and Herzegovina and Montenegro. Through the EPC, its contracting states form a special association under the Paris Convention for the Protection of Industrial Property (IPPC) and follow the rules agreed there.

If opposition proceedings take place in the months following the grant procedure of the European patent, EPO-certified patent attorneys and attorneys at law in many countries – including Germany and the UK – are entitled to represent their clients before the EPO. This also applies to European Patent Attorneys based in the UK after the Brexit.

If one considers the jurisdiction of patent proceedings, the situation is not so clearly regulated. Currently, a possible patent infringement is being negotiated before the national courts in the country in which the patent infringement took place and on the basis of the patent law applicable there. This is complicated not only by national differences in law, but also by different national professions and rules for patent attorneys. Moreover, patent applications as well as patents can be transferred through legal transactions – this can also be handled very differently at national level.

Incidentally, the European Court of Justice (ECJ) would not be an instance court for the future Unified Patent Court, but would be responsible for interpreting corresponding EU patent issues. To what extent this will then be taken into account by the non-European member states of the EPC, which will also include the UK after the Brexit, is a question of political will.