German repair clause becomes law – restricted to formally bound spare parts. The Bundesrat, the upper house of the German parliament, has passed the “Act to Strengthen Fair Competition” as the final instance of legislation, and this also includes the new German repair clause in the DesignG. 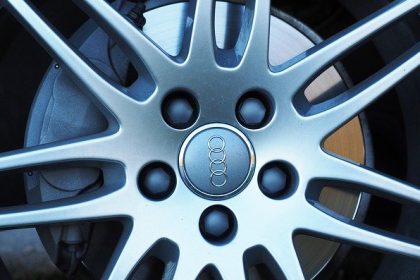 In Germany, all visible components of the car manufacturers’ cars are so far protected against imitation if these components are protected as a registered design.

However, the European Directive according to Art. 110 EU Regulation No. 6/2002 had introduced a consumer-friendly so-called repair clause, which so far only applied to European Community designs. With the update of the DesignG now pending, a synchronisation with the Union law should take place – actually.

The 40a DesignG will therefore be newly added to the existing DesignG – with this article a German repair clause will be established. According to 40a “there shall be no design protection for a design which is used as a component part of a complex product with the aim of enabling the repair of that complex product so as to restore its original appearance”. Essential to this is the directly connected restriction: only for shape-bound spare parts.

The legislation of the new 40a DesignG is thus in direct opposition to the case law on European Designs – although Article 40a is expressly intended to harmonise European law. In legislation, this version has already cleared the last hurdle: On 9 October, the Bundesrat, the upper house of the German parliament, passed the “Act to Strengthen Fair Competition” as the last instance of legislation; this law is expected to come into force before the end of this year. In addition to important extensions of the UWG, it contains the update for the Design Act (DesignG) mentioned here. The German repair clause is coming – but with restrictions.

The German repair clause will apply exclusively to so-called “shape-bound spare parts”, i.e. those spare parts whose appearance is dictated by the shape of the original (example bodywork: mudguards and radiator bonnets). Rims and other freely exchangeable accessories are expressly not covered by this new rule; they can still be protected under design protection in Germany.

This restriction to shape-bound spare parts in the new update of the DesignG contains conflict with the case law on European designs: the ECJ ruled otherwise in 2017 and the BGH in 2018. The BGH had ruled that the Court of Appeal erred in its assessment that Article 110 (1) excludes the applicability of the repair clause to rims per se (“BMW replacement” car rims).

Furthermore, the new § 40a DesignG only applies after a cut-off date (according to: extension of § 73 DesignG) All designs for which design protection was claimed and applied for before 1 January 2020 are excluded from the new provision of § 40a DesignG.

In addition, manufacturers of spare parts will be obliged to mark the spare parts. This in turn corresponds to the European rules, which already applied to the European repair clause and have already been interpreted in detail in major court proceedings.

In December 2017, the ECJ ruled in a highly respected judgment in Acacia v Audi and Porsche that the repair clause requires a manufacturer to produce and sell a component only if it is actually repaired and to give a clear and visible indication on the component that it is not the original manufacturer ( ECJ, Acacia v Audi and Porsche, EU:C:2017:992 (joined cases C-397/16 and C-435/16)). This information must be clearly and visibly indicated, either on the product, on its packaging, in catalogues or in sales literature.

The labelling must provide two types of information:

The Federal Court of Justice (Bundesgerichtshof, BGH) ruled on this question in more detail (on 26 July 2018 (I ZR 226/14)) in the case of the “BMW replacement” car rims of the Italian manufacturer Acacia. Acacia had affixed the trade mark “WSP Italy” and the words “Not O.E.M.” to the disputed car rims. According to the BGH, however, this was in no way a sufficient indication. The marking of the spare parts had to be given in the languages generally understood in the countries to whose inhabitants the offer was intended. In Germany, it was not sufficient to provide an English-language notice on the German-language website stating that the wheels on offer were imitation or similarly constructed retrofit wheels. This should in any event have been explained in German.

But the highest European Court of Justice (ECJ) ruled in the already mentioned ECJ ruling Acacia vs. Audi and Porsche (EU:C:2017:992 ) in December 2017: The repair clause applies to each component of a complex product – contrary to previous German case law – IF the repair serves to restore the original appearance, the ECJ ruled. The ECJ explicitly mentioned the following characteristics of the “original appearance”: lines, contours, colours, shape, surface structure and/or materials of the product itself and/or its decoration.

A replica car rim can therefore only be covered by the repair clause if its appearance is identical to that of the original rim in terms of these characteristics, but it is not applicable to “common variants” of the original rim.

It is a declared political objective in Germany to liberalise competition in the market for visible car spare parts to the benefit of consumers – this is stated in the draft law, which was passed by the Bundesrat as the last instance. At the same time, the government is also seeking a way to protect the interests of the major car manufacturers from Germany.

Germany will limit the German repair clause in the DesignG to form-based spare parts – but this is not possible under the European Directive and for European designs.

The conflict about the limitation of the repair clause to shape-bound spare parts, which is now anchored in Germany with the update of the DesignG, lies in Art. 14 of EU Directive 98/71, because Art. 14 of Directive 98/71 does not contain a requirement that the protected design must be dependent on the appearance of the complex product. Based on this fact, the ECJ argued that Article 110 (1) of EU Regulation No. 6/2002 must be interpreted as meaning that the so-called “repair clause” contained therein does not make the exclusion of protection as a Community design subject to the condition that the protected design is dependent on the appearance of the complex product.

However, the new version of the German DesignG stipulates precisely this condition – although the Federal Court of Justice has already ruled in 2018 that Article 110(1) of the German Constitution does not per se exclude the applicability of the repair clause to rims.

It is true that Article 110 of Regulation No. 6/2002 is entitled “transitional provisions” and also expressly provides in paragraph 1 that the “repair clause” is only applicable “until such time as amendments to this Regulation enter into force on the basis of a proposal from the Commission”. De facto, this usually means that it is applied until it is amended or repealed on a proposal from the Commission.

Would you also like to protect and defend your trademark or your design?

Our lawyers have many years of expertise in trademark and design law as well as in the entire field of intellectual property and are entitled to represent you in any court – in Germany and internationally.
Please contact us if you are interested.