In the case of a spare part according to the repair clause, it must be visibly informed that this does not originate from the original manufacturer. Current case law defines this obligation to inform: motor vehicle rims in the Case Law. 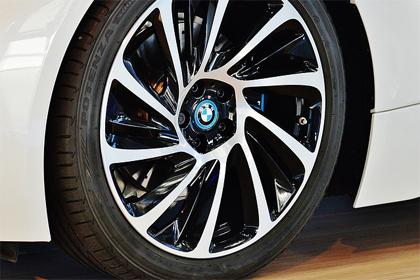 In principle, the appearance of a product can be protected by design law – this applies equally to smaller objects, including everyday objects, as well as cars or machines. In Germany, this is based on the Act on the Legal Protection of Design (Design Act – DesignG) in its 2014 version, in Europe on Directive 98/71/EC and Regulation (EC) No. 6/2002 (amended by Regulation (EC) No. 1891/2006) on Community Designs (CDR).

This means that in Germany the visible parts of the car of the car manufacturers are protected from imitation by the protection of the car components as a registered design. The consumer-friendly so-called repair clause provided for in the European Directive pursuant to Art. 110 EU Regulation No. 6/2002 is not yet applicable in Germany. This exception by the repair clause applies to the spare parts market only in relation to European Community designs.

In recent years, there has been a correspondingly high level of interest in judgments on this subject. In August 2017, the Italian car rim manufacturer Acacia and the German car manufacturer BMW challenged in court the national jurisdiction of the courts ( BMW vs. Acacia: change of jurisdiction through the back door failed ). And in December 2017, the European Court of Justice ruled in a much-noticed ruling that a manufacturer is only allowed to manufacture and sell a component within the framework of the repair clause if it has actually been repaired, and must give a clear and visible indication on its component that it is not the original manufacturer (repair clause before the European Court of Justice: ruling in the Acacia vs. Audi and Porsche case ).

Case Law: Duty to inform in the current case law

What measures must the supplier of a counterfeit product take in the spare parts market in order to indicate clearly, unambiguously and in a visible manner that the components manufactured and marketed by him correspond to a design of which he is not the owner?

The Federal Supreme Court (BGH) ruled on this question on 26 July 2018 (I ZR 226/14). Acacia did not meet these requirements in the dispute, the court ruled. The reference must be given in languages which are generally understandable in the countries to whose inhabitants the offer is directed in accordance with the intended purpose. This had not been complied with in the present case. Acacia had affixed the mark “WSP Italy” and the words “Not O.E.M.” to the disputed motor vehicle rims. The BGH ruled that this was by no means a clear indication of the existence of a design right of a third party. Furthermore, it was not sufficient to mention in English on the website available in Germany on the German part of the website that the rims on offer were imitation or similarly constructed retrofit wheels. This information should also have been available in German.

It is also the duty of care of a spare part manufacturer to ensure that consumers use the components in question exclusively for repair purposes, which is narrowly defined by case-law: in the case of rims, the colour and size of the replacement rims must correspond to those of the original rims and the sole objective must be to restore the original appearance. Acacia had therefore introduced a control system from August 2013 under which purchasers of rims – dealers, end users and consumers – would have to declare in writing that they used the rims only for repair purposes and would otherwise lose their right to a guarantee. However, a cease-and-desist declaration with penalty is required. A mere change in commercial conduct does not eliminate the risk of repetition. It can therefore remain open whether the alleged control system is at all capable of guaranteeing distribution exclusively in the free zone.

The application of the protective barrier in accordance with Art. 110 (1) GGV is ruled out – but not because the rims of motor vehicles are in principle freely selectable by the customer. The application of the repair clause is not subject to the condition that the protected design depends on the appearance of the complex product. The protective barrier therefore also applies to the rims of motor vehicles and is not limited to shape-related components of a complex product, the Federal Court of Justice ruled.

As early as 2015, the ECJ ruled in the Ford Motor Company versus Wheeltrims srl case (ECJ judgment C:2015:680) on the question of the extent to which the repair clause also extends to trademark protection. The wheel trims at issue in this case, which are protected by a trademark sign, are an aesthetically descriptive feature of the original component in question and must be regarded as indispensable for restoring the original appearance of the complex product – the car.

In its judgment, the ECJ pointed out that the consideration of trademark protection had already been taken into account by the Union legislature within the framework of Directive 2008/95 and Regulation No. 207/2009 – by limiting the legal effects for the holders of protection. However, the repair clause does not allow a manufacturer of spare parts and accessories for motor vehicles, such as wheel trims, to affix to his goods a sign identical to the trade mark of the motor vehicle manufacturer without the latter’s consent, on the ground that the use of that trade mark thus made is the only way of repairing the vehicle in question and restoring its original appearance as a complex product.