The Federal Council of Germany has passed the “Act to Strengthen Fair Competition” as the final instance of legislation. The Act is now expected to come into force soon: it is a major update of the German UWG, particularly with regard to legal violations of the duty to provide information on the Internet and against abusive warnings. 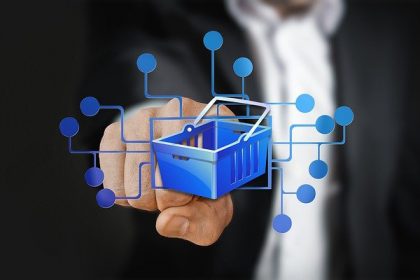 It has been in preparation for a long time, but in the meantime it has also cleared the last legislative hurdle: the “Act to Strengthen Fair Competition” was passed by the Bundestag on 10 September 2020 and subsequently also by the Bundesrat on 9 October 2020. This was the last hurdle in the legislative process, so the Act is expected to come into force in 2020, at the latest by the beginning of 2021.

This Act will update the existing Act against Unfair Competition (UWG) – with significant changes, particularly against abuse through warnings and with regard to violations of the duty to provide information on the Internet.

This update of the UWG brings lot of changes against abuse through warnings – especially for all competition law violations through the Internet. The following rules will be inserted or amended in the UWG for this purpose:

No claim for reimbursement of warning costs on violations via Internet

A new § 13 (4) will be added to the UWG, according to which a claim for reimbursement of warning costs will be excluded in future for warned violations of labelling obligations on the Internet.

This includes all infringements on the Internet as following: Violations of the obligation to provide an imprint (§ 5 TMG), the duty to provide information in distance selling, the duty to inform the customer of the right of revocation and – particularly important in more recent times – the duties under the Data Protection Ordinance (GDPR) . It should be noted, however, that the claim for reimbursement of warning costs for violation of the GDPR in the new version of the UWG is only excluded for small companies and associations, but not for larger companies.

This is no longer possible with the new version of the UWG in the case of infringements of labelling obligations on the Internet.

No contractual penalties against small companies for breaches on the Internet

The same also applies to contractual penalties: For violations of information and labelling obligations on the Internet and data protection information obligations under the GDPR and Federal Data Protection Act (in German: Bundesdatenschutzgesetz, BDSG) , small companies (with fewer than 100 employees) can no longer be required to pay contractual penalties under the coming § 13 a II of UWG.

In short: by far not everyone is allowed to issue warnings. This is because, in principle, the legitimacy to issue warnings is restricted, both for competitors and for the associations. Competitors must, for example, prove that they are really acting as competitors on the market (§ 8 III No. 1 UWG in its new version) with concrete sales figures. In addition, under the law adopted, business associations and competition associations may only issue warnings if they have been reviewed by the Federal Office of Justice and are legitimised there in corresponding lists as being entitled to bring an action.

A new § 8b will also be inserted into the UWG, which is intended to curb generally abusive warnings. For example, in future, warnings will be prohibited if a considerable number of warnings are issued against the same infringements, so-called waves of warnings (§ 8b (2) No. 2 UWG). Similarly, warnings which demand an unreasonably high value of the object or an excessive contractual penalty are also prohibited.

In principle, according to the new version of the UWG, one can also make counterclaims oneself if one has received an abusive warning. Please contact us in such a case.

Reduction of the level of contractual penalties

As a matter of principle, the current update of the UWG limits contractual penalties to a maximum of 1,000 euros for all small companies with less than 100 employees (§ 13a II UWG).

Abolition of the “flying jurisdiction” for infringements on the Internet

Until now, violations of competition law on the Internet could be enforced in court at the “place of tort” in accordance with § 32 German ZPO. In practice, this was called “flying jurisdiction”, as any place and court could be freely chosen – after all, the website was accessible everywhere, so the infringement took place everywhere.

This will now no longer be possible under § 14 II 3 UWG. According to this, a plaintiff must in principle assert infringements of competition law on the Internet at the court having jurisdiction for the defendant’s place of business.

Like any other law, the new amendments and extensions to the UWG provide a direction, but by no means take all case constellations into account.

Although the amendments to the law address the infringements on the Internet in relation to the TMG and the GDPR, they do not address the manifold information obligations that already exist for online shops alone and are really relevant for consumer safety: Obligation to label food should be mentioned here, as well as the obligation to label geographically protected products and, of course, the labelling obligations for drugs and pharmaceutical products.

Do all these violations also count as violations of information and labelling obligations on the Internet? Ultimately, this will only be answered in concrete terms through legal proceedings.

Do you need protection against an abusive warning?

Or do you want to take action against a competitor who infringes competition law – or even trademark or design law?
The attorneys of our firm have many years of expertise in competition and trademark law as well as in the entire field of intellectual property and are entitled to represent you in any court – in Germany and internationally.
If you are interested, please contact us without obligation.