Repair clause before the ECJ: today judgment for Acacia vs. Audi and Porsche

Today, the European Court of Justice has ruled in a long-standing lawsuit over Acacia car rims in the spare parts market and the interpretation of the so-called repair clause. The repair clause applies to all components – contrary to previous German jurisdiction – IF the repair serves to restore the original appearance. Two of the major German car manufacturers are involved in this dispute: Audi AG and Porsche AG. 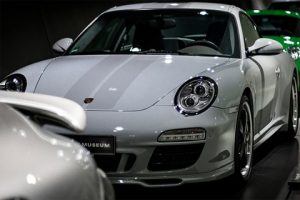 The European Court of Justice (ECJ) had to answer a central question: can car manufacturers protect visible parts of the car such as the car rims as a “registered design” from competitors and imitators in the spare parts market? At the same time, this question touches on several important regulations in EU law: the principles of the free movement of goods, the principle of the effectiveness of European competition rules, the liberalisation of the internal market, but also the uniform application of European law within the European Union.

Interpretation of the repair clause at the centre of the dispute

This is regulated by Article 110 of Regulation No. 6/2002, but national courts in the EU did not interpret it in the same way. The Tribunale di Milano (Milan Court of Justice), before which Audi AG proceeded against Acacia, found (C-397/16) that the rims produced by the Italian company Acacia Srl were covered by the repair clause of Article 110 (1) of Regulation No 6/2002. In turn, the German Stuttgart Regional Court (C-435/16) held that non-formed components – such as the rims at issue in the dispute – did not fall within the scope of the repair clause in accordance with Article 110 (1) of the aforementioned provision. The ECJ was therefore also called upon to clarify the interpretation of Article 110 (1) of Regulation No. 6/2002 and to make it uniformly applicable for all EU members.

In his concluding statement, the Advocate General stressed that this repair clause was an exception to the protection of the Community design and was the subject of extensive debate in the legislative procedure prior to the adoption of this Regulation – all national legislators. The purpose of the repair clause is to prevent monopolies in favour of rightholders for components of complex products, thereby promoting competition and consumer protection.

The ECJ clarified that a requirement for the component to be part of a complex product whose appearance the protected design depends on does not appear in the wording of Article 110 (1) of Regulation No 6/2002. The absence of this requirement meant that the opinion put forward by Audi and Porsche was rejected in today’s judgment: a bitter defeat for the car manufacturers – and also for the German government. 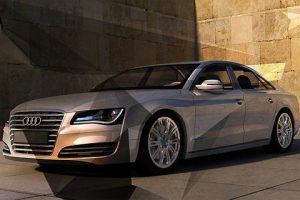 Given the central importance of this aspect, the Advocate General insisted on the political origin of the regulation in question. In the original version, the scope of the repair clause was limited to the components whose shape is determined by the appearance of the complex product, as is the case with headlamps. However, this requirement has been removed in order to reach a political agreement in the EU Council on the adoption of this Regulation, with a far-reaching liberalisation of the spare parts market. The final version of the repair clause therefore covers all spare parts without any form limitations.

The “repair clause” therefore does not cover any use of a component solely for reasons of taste or inclination, such as the replacement of a component for aesthetic reasons or for the purpose of individualising the complex product.

In the event that car manufacturers are unable to protect their spare parts from imitators by such a ruling, the following question has already been put to the ECJ:

What measures does the supplier of a counterfeit product have to take in the aftermarket to ensure objectively that its product can only be purchased for repair purposes, but not to upgrade or individualise a vehicle?

The ECJ advocates a so-called “duty of care”. The prudent manufacturer of a counterfeit product would have to inform the purchaser “that, on the one hand, a design has been incorporated into the component in question and that it is not the holder of the design and, on the other hand, that the component is to be used exclusively with the aim of enabling the complex product to be repaired in order to restore its original appearance”.

The implementation will show whether this would be practicable. In any case, the judgment of the ECJ clarifies this important and long-standing question about interpretation of repair clause today.