The German federal government has passed a bill from the Ministry of Justice to strengthen fair competition. The law passed yesterday is intended to curb abuse through warnings. In addition, the bill provides for a repair clause in the automotive sector. 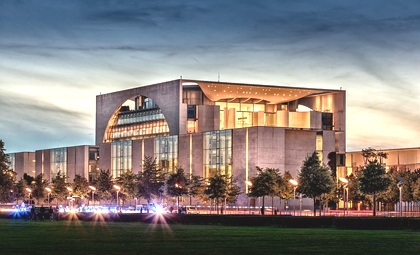 Yesterday, the German federal cabinet passed a bill that will curb abuse by issuing warnings. The corresponding law was drafted as a law to strengthen fair competition. The new General data protection regulation (DSGVO) complicated this bill. It was questionable whether warnings for violations of the DSGVO should also be included in the draft, for abusive warning had to be expected in this context.

Two day ago, however, the German newspaper Süddeutsche Zeitung reported that the economic interests were taken into account in the law. According to the draft law, from which the Süddeutsche Zeitung quoted, self-employed persons and small companies will no longer be allowed to be issued with a reminder if they do not comply with the information obligations in detail. The Süddeutsche Zeitung describes the intention of Justice Minister Katharina Barley as follows: “No one should be paid for trifles any more.” Although competitors should still be allowed to issue warnings for data protection reasons, they would have to give good reasons for doing so.

Yesterday, the press agencies reported that the requirements to be able to assert copyright claims were increased overall. According to the law passed, trade associations may only issue warnings if they have been examined by the Federal Office of Justice and have been legitimised there as being entitled to sue. Possible penalties for minor infringements should be limited. In addition, associations wishing to issue warnings must have at least 75 members and have been in the register of associations for one year.

With this Act, the Federal Government supplements the Act against Unfair Competition (UWG). The amount in dispute and penalties for minor violations are to be limited to 1000 euros, the Süddeutsche Zeitung reported. In the future, warning notices will also no longer be allowed to choose a court in which they have been given above-average justice there. In addition, dubious lawyers or organizations specializing in warnings will be happy to select a court that is very far away for the person being warned.

Repair clause to be introduced in automotive sector

Of particular interest, however, is the passage in the draft law which provides for simplified possibilities for the assertion of counterclaims. In order to strengthen competition in shape-related spare parts for complex products such as automobiles, a repair clause is to be introduced which restricts design rights for visible spare parts for repair purposes and thus opens up the market. The legislation on the repair clause in particular has attracted much attention in recent years.

Contractual penalty only in an appropriate amount

Paragraph 4 of the draft law is also particularly spicy. This is because the law provides for the protection of the person being warned against a demand for an unreasonably high contractual penalty. According to the previous legal situation, an agreed contractual penalty was effective, even if it was unreasonably high, and the debtor could not apply for a court reduction on the basis of § 348 HGB.

Now, however, the person being warned should only have to pay a contractual penalty of an appropriate amount. According to the current draft law, this project should spur the discussion about unreasonably high penalties, especially in patent law.

Abusive warnings are a nuisance for the economy and also for consumers. The federal government had therefore agreed in the coalition agreement to take legislative action against this. This was accelerated by the DSVGO: should now a small mistake in the imprint lead to immediate contractual penalties?

Since 2018, therefore, it has been politically intended to present a draft law in order to create legal clarity with regard to the Basic Data Protection Regulation (DSGVO) and a possibly associated wave of abusive warnings. This is what happened with yesterday’s cabinet decision. The draft law assumes that the reduction of abusive warnings in competition law by 50 percent will probably relieve the economy by 8,600,000 euros a year.

In this context it may also be of interest:

Judgement in 2017 Repair clause: Acacia vs. Audi and Porsche

Are you affected by an abusive warning and thread of interim injunction?

Our lawyers are experienced in trademark and patent law, national and international law- and of course in questions of unfair competetion.
Please don’t hesitate to ask.

Bill of German law to strengthen fair competion (in German)