If a manufacturer is prohibited from selling its goods in Germany after a competition infringement, it must also recall products that have already been delivered. What is to be considered in this respect for defendants and claimants in an injunction relief and in an interim injunction? 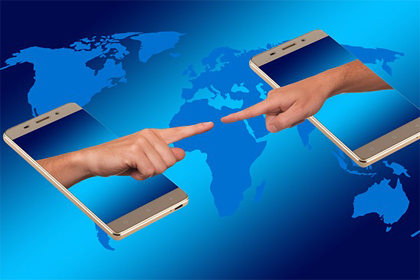 The interim injunction is a form of provisional legal protection and is regulated in the German Code of Civil Procedure (ZPO) in §§ 935 et seq. It is issued on application by the competent court; the parties are referred to as “claimants” and “defendants”. An application for a temporary injunction is always the means of choice if there is a need to act in rem and a normal legal action would not guarantee effective legal protection due to its duration.

The interim injunction is in principle a transitional measure; the creation of completed facts is reserved for the main proceedings (principle of the prohibition of anticipation of the main proceedings). In practice, however, following the issuance of a preliminary injunction, final facts are often created by issuing a so-called final declaration, thus avoiding main action proceedings.

In particular in competition law, but also in patent and trademark law, the interim injunction procedure is of central importance for securing the applicant’s rights. In practice, the main application case is the assertion of injunctive relief claims, so that the following focus will be on this.

The interim injunction is the next procedural step to be taken after a warning has already been issued. The warning takes place out of court. With most disputes, in which a warning went ahead, it concerns above all the asserting of cease and desist claims. If the defendant does not respond to this or only inadequately, the applicant can obtain provisional legal protection by means of a temporary injunction.

In an action for damages under § 945 of the German Code of Civil Procedure (ZPO), the Federal Supreme Court (BGH) had to deal with the question as to whether a claim for injunctive relief under competition law also included an obligation to recall products already sold in wholesale and retail stores that were anti-competitive. The BGH affirms such a general obligation to recall (BGH, judgment of 19.11.2015, Ref. I ZR 109/14 – Hot Sox). This interpretation also applies if the injunction action is directed against false claims and not against specific products. In the case of demonstrably false claims, the illegal content must be deleted ( see Injunctive relief includes infringement by third parties).

For example, a debtor who has been prohibited from selling an anti-competitive product must in principle ensure, by recalling the product, that products already delivered are no longer sold by his customers (BGH, decision of 29.09.2016, ref. no. I ZB 34/15).

These decisions of the BGH mentioned above can also be applied to patent and trademark law. Although the claim for damages under § 945 of the German ZPO has so far led a rather shadowy existence in practice, the decisions of the Federal Supreme Court now increasingly show that, when applying for an interim injunction in the field of competition, patent and trademark law, the risk of the obligation to pay damages under § 945 of the German ZPO should always be borne in mind. Therefore, a thorough risk analysis must always be carried out.

The decisive factor for the original defendant, who claims damages, is in turn to be able to actually prove the damage incurred in the course of the damages proceedings. Particularly in the case of injunctive relief titles based on the infringement of a trademark or a patent, this often leads to problems of proof, which must be included in the risk analysis, particularly in the case of products which have not yet been launched on the market or have only recently been launched.

Would you also like to protect your trademark or patent?