Obligation to call back any delivered product: Lawsuit RESCUE TROPFEN

If a manufacturer is prohibited from distributing its goods after an infringement of competition law, it must also recall products that have already been delivered and thus ensure that intermediaries do not resell the product. Failure to do so could result in fines or contractual penalties. The BGH has made its position on their assessment clear.

Party liable for a disturbance is not only required to cease and desist of any acts of disturbance but to take as well any necessary and possible steps to eliminate the disturbance altogether, ruled the Federal High Court of Justice back in September 2016 (Az. I ZB 34/15) in the lawsuit RESCUE TROPFEN. This includes the obligation to exert every possible influence on relevant third parties to help with elimination. This means that a party liable generally is obligated to call back any already delivered product to ensure that intermediaries refrain from further distributing the product.

Eliminate an ongoing disturbance under restriction of commensurability

The questions of which actions to eliminate an ongoing disturbance under restriction of commensurability are necessary may be answered during enforcement proceedings if the party liable has not pleaded impossibility or breach of morals during original trial already.

The facts of the case RESCUE TROPFEN are as follows: 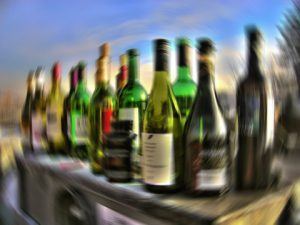 In January 2013 party liable was ordered under the threat to pay a fine to cease and desist of business distribution and/or advertisement of spirituous beverages labeled as either “RESCUE TROPFEN” (drops) or “RESCUE NIGHT SPRAY”.

Creditors were still able to buy the products in pharmacies that had already received a delivery of the products in question prior to the court decision, as well as were presented with six months of internet advertisement including the words RESCUE SPRAY and RESCUE NIGHT TROPFEN (drops) after the decision had passed. Therefore they successfully filed for the court to sentence the party liable to pay a fine. Party liable appealed this decision.

The BGH finds that party liable did not order pharmacies to send back the products in question, although party was legally obligated to do so.

Party liable has to prevent the actual distribution of prohibited products 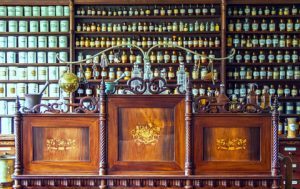 The before mentioned is true even where there is no removal title. Cease & desist and removal titles as well as their executions generally are independent in legal nature. This independency does not however prevent the two different claims from overlapping and concurrimg in cases where cease and desist claims require an activity of the party liable to prevent further (future) or ongoing privilege disturbances. In these cases party liable only then fulfills the cease and desist duty if the disturbance is actively removed. Failure to remove a disturbance might in ongoing cases of disturbance be categorized as the same as the continuation of disturbance. In these cases an active action is just a secondary obligation of the cease and desist requirement.

Even though there might not be any legal means for the party liable to undo any previous sells and distributions, there was no evidence presented stating that asking pharmacies that had already received the products in question was initially impossible.

Furthermore the distribution of products labeled RESCUE SPRAY and RESCUE NIGHT TROPFEN violated the prohibition title because it effectively breached the prohibition’s core. Deviations from the actual word combination still fit the title’s limitation because the title cannot be restricted to the individual letter but rather has to be read in the case’s context. Certain generalizations in the word selection must be necessary to carry the overall range of the title’s scope.

In addition to that the beverages labeled “RESCUE SPRAY” and “RESCUE NIGHT TROPFEN” each include the key word “RESCUE” that shall not be attached to a spirituous beverage according to the earlier court’s decision.

The BGH therefore concluded that party liable’s appeal against the fine’s imposition was to be dismissed.

Do you need an attorney for trademarks and in competetion rules?

Our attorneys are experienced in all areas of intellectual property and competetion rules and can help you wherever you need a professional. Contact us now to recieve a call-back from our attorneys – without any obligation.