The slogan “Think different” by Apple is considered to be one of the most famous slogans. Watch manufacturer Swatch in turn advertises its watch with the slogan “Tick different”. In this trademark dispute over this slogan, Apple lost to Swatch twice in recent weeks. 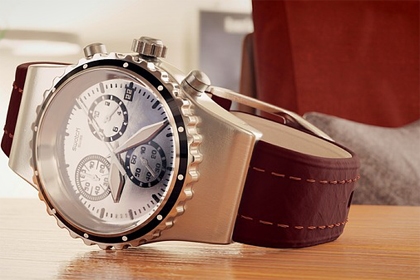 The watch manufacturer Swatch turned Apple’s famous advertising slogan “Think different” into its own slogan “Tick different”, thereby promoting its own NFC-capable watch. In 2015, Swatch registered this slogan as a trademark (word/figurative mark) as well as the well-known half-sentence “One more thing” (word mark), with which Apple founder Steve Jobs usually presented a particularly innovative new product at the end of his presentations.

Apple considered this to be a copy of its own slogan, Swatch, on the other hand, referred to an even older source for the slogan “One more thing” – the well-known television detective Columbo often said “only one more thing”, and this fits in the style of the Swatch watch advertised. In addition, Swatch had already advertised its watches in a very similar way in the 80s: “Always different, always new”.

Apple is taking action against this trademark registration in several countries, but has suffered two defeats against the Swiss watch manufacturer in recent weeks.

At the end of April Apple also lost in the slogan dispute with Swatch in Australia, as the Sydney Morning Herald reported. Apple had argued before the Australian Trademark Office that Swatch should not be allowed to use the phrase “One more thing” and also not be able to protect it as a trademark, since this half-sentence was synonymous with Steve Jobs. Apple applied for its own trade mark instead. The Australian Trademark Office rejected this. Apple never used the wording in connection with certain goods or services, but only in presentations. However, a non-uniform and temporary use does not have the character of an indication of source which is essential for a trade mark. 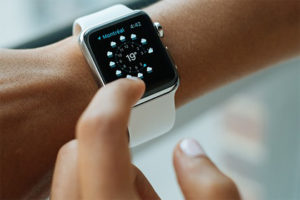 In 2016, Apple also registered the word mark “ONE MORE THING” in Germany – opposition proceedings against this mark are currently underway in Germany as well.

As early as 2015, the German newspaper Handelsblatt suspected that Swatch was developing offensive word mark protection for slogans close to Apple’s as a direct reaction to Apple’s expansion into the watch market. The Apple Watch has been on the market since 2014, and Apple brought itself into the market as a direct competitor to Swatch.

In principle, it is always difficult to differentiate between slogans in trademark protection; this is due to the descriptive nature of advertising messages. The judgments of recent years show that a slogan can certainly convey an advertising message, can even be understood primarily as an advertising formula and still be protected by trademark. The condition for this, however, is that this slogan has a certain originality.

It remains to be seen how this will be assessed by the higher courts with “Tick different” and above all “One more thing”.