A longstanding dispute over the Union figurative trademark Avanti was recently decided before the Court of Justice of the European Union. Avanti – an imaginative sign or Italian and even German vocabulary? It is also a judgement on the distinctive character of a trade mark consisting of an advertising slogan. 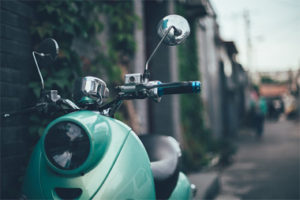 In October 2015, the plaintiff, avanti GmbH, applied to the EUIPO for the Avanti trademark as a Union figurative trademark. The registration was refused by the EUIPO in 2016, as was the Board of Appeal of the EUIPO appealed by the applicant.

The Board of Appeal justified its refusal that the word’avanti’ was part of Italian and also German vocabulary. Some of the consumers who spoke one of those languages would, despite the figurative element and the colour of the mark applied for, regard it as a promotional indication which is not distinctive in relation to the goods and services in question because of the presence of the word’avanti’. Registration of the mark applied for must therefore be refused pursuant to Article 7(1)(b) of Regulation No 207/2009.

The basic case-law on figurative signs is that, in order to assess the distinctiveness of a figurative sign, it must be examined whether the figurative elements in question can lead to a difference for the consumer between the mark applied for and the mere perception of the word elements used.

In its judgment, the Court of Justice of the European Union (CJEU) also ruled and dismissed the action.

At the center of the argument was the different colored letter v in Avanti. In the applicant’s view, this was not a letter but a stylized OK sign. It is not a letter because it has no different upper and lower case and no vertical symmetry. The court did not follow this view. The entire word “Avanti” is perceived. It did not matter that the v differed from the lines or that it was of a different colour. Nor does the emphasis on the shape and colour of that element alter the fact that that part of the sign applied for will be perceived by the public as a letter ‘v’.

The Court pointed out that signs are devoid of any distinctive character which are unsuitable for distinguishing the origin of the product or service in question from those of other undertakings. This is an absolute ground for refusal pursuant to Article 7(1)(b) of Regulation No 207/2009, even if the grounds for refusal exist only in part of the Union, as in the present case in Italian and German speaking areas.

Furthermore, a trade mark consisting of an advertising slogan is devoid of any distinctive character if it can be perceived as a mere advertising slogan, the CJEU ruled. This is the case with Avanti. For the progress to which the term “avanti” refers and the OK sign both represent positive and promotional advertising slogans in relation to the goods and services in question. The sign in question is perceived in its entirety as a slogan.

The CJEU thus confirms the decision and also the grounds of the EUIPO Board of Appeal and dismisses the applicant (EU:T:2018:24). Avanti cannot be registered as an Union trademark.

Avanti is registered as a 3-D trademark 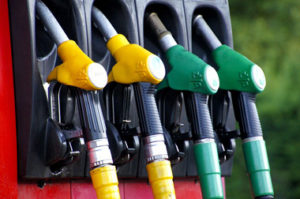 Other trademark applications for “Avanti” were more successful. For example, the Austrian oil company “Avanti”, which holds rights to an Avanti 3D Union brand (trade mark number: 1148258), is well-known. As a result, the brand name “Avanti” will certainly become very well known in Germany, as the mineral oil company is planning to build up a network of filling stations at Aldi-Süd stores in Germany – starting in just a few weeks’ time.