Slogan as an Unionmark? Difficult!

Does the word mark COOKING CHEF GOURMET have a descriptive effect? The European Court of Justice, like the EUIPO, says “yes” and rejects the trademark registration. An effective advertising slogan does not mean that it gives consumers a guarantee about the origin of the goods and services.

The trademark applicant is the owner of the CHEF trademark 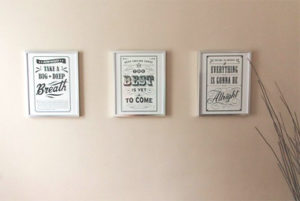 De Longhi Benelux SA, based in Luxembourg, has already successfully established the trade mark CHEF. The earlier trade mark CHEF is well known and has been used intensively and for many years since the 1950s, argued the plaintiff De Longhi Benelus. In 2016, it filed an application with the European Intellectual Property Office (EUIPO) for registration of the word mark as a Union trade mark. The registration should be made for the following Nice classes:

However, the Board of Appeal of the EUIPO refused the registration. The verbal elements of the mark applied for are descriptive of the purpose of the goods concerned, are laudatory and are frequently used in everyday language to describe food and drink. Therefore, the mark applied for is inherently devoid of any distinctive character.

The fact that the three elements making up the word mark COOKING CHEF GOURMET are juxtaposed does not mean that the mere omission of an article or preposition in its structure is sufficient to make it a lexical invention capable of conferring distinctive character on that sign (see also No likelihood of confusion: POST, INFOPOST and ePOST vs InPost).

CJEU confirms the EUIPO’s rejection of the trademark

In its judgment, the CJEU rejected the plaintiff’s first point. Admittedly, advertising messages may also be expressly protected as trade marks if they are used as indications of quality or as incitements to purchase the goods or services covered by those trade marks. This could be the case if these marks are not only an ordinary advertising message, but have a certain originality or resonance, which requires at least an interpretation by the relevant public, the CJEU clarified. This is not the case with the mark applied for. The slight grammatical imperfection does not mean that a consumer must first consider that the controversial term means that the consumer is capable of cooking and cooking like a real gourmet- this is obvious.

The second plea in law was also rejected. The word sign CHEF is clearly different from the sign applied for, since it also contains the word elements “cooking” and “gourmet”. In addition, the plaintiff had not relied on the well-known reputation of its trademark CHEF before the EUIPO, so that this was irrelevant for the CJEU’s reasoning.

The CJEU therefore dismissed the action in its entirety and confirmed the EUIPO’s rejection of the trademark.

Slogan as Unionmark registration difficult – but not impossible

Deutsche Bank also failed in its attempt to protect “Passion to Perform” as a Union trademark (judgment of March 25, 2014). Although this slogan was already protected as a national trademark in several EU countries, the CJEU rejected the trademark registration. The existence of identical or similar registrations at the national level was not a reason for registering trademarks without distinctive character, the CJEU ruled at that time.

Ambiguity and need for interpretation increase chances of success

However, the German car manufacturer Audi was able to protect its slogan “Progress through Technology” (in German: “Vorsprung durch Technik“) as a Union trademark (ruling January 21, 2010). In this case, the European Court of Justice (ECJ) overturned the EUIPO’s previous rejection of the trademark in its ruling. This is because the factual statement that resonates in the slogan does not clearly emerge from the slogan, but rather requires a certain amount of interpretation from the public. Moreover, this slogan has a certain originality and conciseness which make it easily memorable. Finally, since the slogan is famous and has been used by Audi for many years, it cannot be ruled out that it will also make it easier for the public to identify the commercial origin of the goods or services designated.