The European Court has rejected trademark protection as a 3D Union trademark for the shape of a flower. A flower symbolizes a scent and as such is descriptive of the goods claimed, which could be scented – even if scent is not relevant for some of these goods.

Trade mark must not be descriptive

If a sign is descriptive of the goods or services claimed, it has no function as an indication of origin for consumers. It is therefore an absolute ground for refusal under Article 7(1)(b). c of EU Regulation No. 207/2009, which does not distinguish between word marks and figurative or three-dimensional marks. In practice, however, it may be more difficult to prove the distinctiveness of a 3D mark than that of a word or figurative mark.

Board of Appeal introduced new ground for refusal 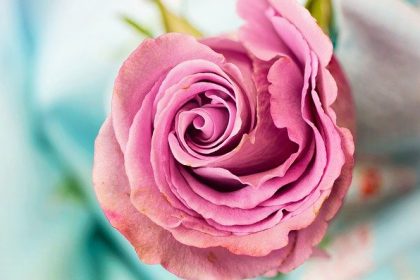 However, distinctiveness was not the point at issue in the hearing of a flower as a 3D Union trademark before the Court of Justice of the European Union (CJEU). Rather, the applicant Refan Bulgaria OOD (Bulgaria) claimed that the Board of Appeal had wrongly assessed the flower as a 3D trade mark as descriptive. In addition, the plaintiff fundamentally opposed the refusal of the mark on the basis of its alleged descriptiveness under Article 7(1)(b). c – because this ground for refusal had not been introduced by the Examining Office but only by the Board of Appeal at the hearing.

The Board of Appeal had found that consumers would perceive the flower-shaped mark applied for as a symbol of the fragrance of the goods concerned, which is an essential characteristic of the goods claimed. Since it was only in the contested decision that the Board of Appeal found that that absolute ground for refusal existed, the case should have been remitted to the examiner, the applicant claimed.

The CJEU dismissed that claim. The CJEU held that the Board of Appeal had the right to reopen the examination of the absolute grounds for refusal on its own initiative at any time before registration, including, where appropriate, the right to introduce a new ground for refusal, the CJEU held, referring to Article 45(3) of Regulation 2017/1001. The CJEU also held that the Board of Appeal had correctly informed the applicant of the new ground for refusal in a letter, which gave the applicant an opportunity to comment on that point.

Floral scent a sufficient justification for all goods?

The Court dealt in detail with the applicant’s argument that the Board of Appeal was wrong to consider the flower as a 3D mark to be descriptive. In particular, the applicant had complained that, in the case of goods such as soap and candles, the Board of Appeal had given the floral scent associated with the refused mark as a reason for refusing registration of the mark, but had not given a separate reason for goods such as ‘toiletries’.

The Court first confirmed the Board of Appeal’s obligation to state reasons for all goods and services. However, goods can be grouped together into homogeneous groups for which a common statement of reasons is then sufficient, the CJEU added. The Court examined in detail whether this applied in the present case.

It should be noted that “toiletries” also include personal care products, the CJEU stated. “Toiletries” are not only products intended for washing, but in general daily personal care or beauty products. The same applies to “cleaning and perfumery preparations”, as these goods can also be characterised by a fragrance, as can be seen from the word “perfume”. It follows that, in the present case, those goods form a sufficiently homogeneous category or group of goods including soaps and candles, the Court held.

Flower descriptive of anything which may be fragrant

This is not called into question by the fact that those goods may also include objects for which an odour is not relevant, the Court added.

A sign must be refused registration under Article 7(1)(b) of the Directive. (c) of Regulation No 207/2009 if at least one of its possible meanings designates a characteristic of the goods or services concerned. It is not necessary that the sign actually be used in a descriptive manner at the time of the application for registration, the CJEU explained. It is sufficient that the possibility exists, even if it is only one of several possibilities.

The CJEU added that it is also irrelevant whether the characteristic described is essential. Therefore, a decorative character which the applicant claimed for the mark applied for did not prevent it from also designating another characteristic of the goods concerned, namely their smell.

The applicant had argued that the flower did not constitute a specific flower and that consumers could not therefore expect a specific scent. The mark applied for was therefore not descriptive of the scent of the goods but had decorative purposes.

The Court rejected that argument. The CJEU considered the 3D union mark “Flower” to be descriptive for all the cleaning, beauty and personal care products claimed – quasi because these products could be fragrant.

Reference to the territory of the entire EU

However, the CJEU confirmed the Board of Appeal’s analysis. Article 7(2) of Regulation 2017/1001 provides that grounds for non-registrability shall apply even if they exist in only part of the Union. Consequently, the CJEU clarified that the analysis of absolute grounds for refusal relates to the territory of the entire European Union. In the case of marks other than word marks, it must also be assumed that the assessment of descriptiveness will be the same throughout the European Union, the Court added.

This aspect of the CJEU’s judgment is all the more interesting because the Court has repeatedly ruled that proof that a Union trademark has acquired distinctive character through use in the Union must be provided for each individual member state.

Our attorneys have many years of expertise in trademark law as well as in the entire field of intellectual property and are entitled to represent you before any office or court – in Germany and internationally.
Please contact us if you are interested.