Wine from Bavaria is sold in a well-known bottle form, which reminds of old wine bags. This distinctive bottle shape should be protected as a 3D Union trademark, but the European Court rejected the trademark protection for the designer bottle shape. 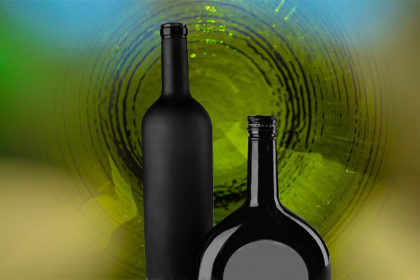 The designer bottle shape for wine has been registered by the Fränkischer Weinbauverband e. V., based in Würzburg (Germany). The bulbous bottle shape was explicitly designed, is known beyond the region and is even shown in Regulation (EC) No. 607/2009 as a bottle shape of Franconian wines.

Nevertheless, the registration of the desired 3D Union trademark was rejected by all offices and now also by the European Court (EuG). The designer bottle shape lacks the necessary distinctiveness, the CJEU ruled. The trademark was applied for in the Nice classes 21, 32 and 33 (among others for bottles, wine, beers, sparkling wine and various other beverages).

According to settled case-law, the criteria for assessing the distinctive character of 3D trade marks consisting of the shape of the product itself are, in theory, no different from those applicable to the other categories of trade mark, the CFI stated. However, it may be different in the case of a three-dimensional mark consisting of the appearance of the product itself. In the absence of graphic or word elements, the average consumer does not normally infer from the shape of the goods or the shape of their packaging the origin of those goods.

It may therefore be more difficult to establish the distinctive character of such a three-dimensional mark than that of a word or figurative mark. It is therefore decisive whether a consumer must pay particular attention to distinguishing that product from the products of other undertakings. If that is the case, distinctiveness is not sufficient for the purposes of proof of origin. For a liquid product in a bottle, distinctiveness is particularly difficult to achieve, which – as the CFI also explained in its judgment – the presentation of a liquid product is a mandatory marketing requirement, but only as a portioning function.

In such circumstances, only a trade mark which deviates significantly from the norm or customary practice in the sector and can therefore fulfil its essential function of identifying origin has distinctive character within the meaning of Article 7(1)(b) of Regulation 2017/1001, explained the CFI.

In particular, in a case such as the present one – where the packaging gives the product its shape and is to be equated with the shape of the product for the purposes of examining the application for registration – what applies to the packaging of goods of the same kind and to the same consumers may be decisive. The average consumer, who does not carry out a market survey, does not necessarily know in advance that only a single undertaking markets a particular product in a particular type of packaging.

The Würzburg applicant argued that the relevant public’s level of attention was high, since the producers and bottlers of alcoholic and non-alcoholic beverages were professionals and the average to even high level of attention paid to the average consumer when purchasing wine. Above all, the applicant pointed out that the mark applied for satisfies the criterion of significant difference by virtue of its extremely distinctive characteristics, namely a flattened, bulbous shape in the form of a flattened ellipsoid and a short neck compared with the body of the bottle. This even results in a different haptic.

The Court stressed, however, that only four black-and-white images without a description were filed when the application was filed – and that the distinctive character of the 3D mark applied for must be assessed only on the basis of the representation filed. The applicant claimed that the characteristics could also be clearly seen in the b/w representation and referred to a drop shape on the front with a sharp edge in the area towards the neck, a waist on the side which curves slightly over the front, side lines which run from the top rather flat towards the neck and form an ‘X’, and a slight recessed grip on the underside.

The mark applied for is therefore clearly distinguishable from ordinary wine bottles by virtue of its specific characteristics. The mark applied for was created in the course of a long and difficult process by a well-known designer, starting from the old Bocksbeutel shape and inspired by the bonnet of the Mercedes E-Class, and does not represent a simple bottle in the technology of the manufacturing process.

Although the CJEU confirmed that characteristics of the bottle shape were conspicuous, it did not recognise them as sufficiently distinctive. The CJEU confirmed the contested decision of the EUIPO Board of Appeal. The Board of Appeal had pointed out that the shape of a squat, bulbous bottle, flattened at the front and back and constituting the mark applied for, is a traditional basic shape of bottles which is massively used on the wine market and which is even shown in Regulation (EC) No 607/2009 as the proposed definition of the bottle shape of that wine and Franconian wines.

Where a composite mark is composed only of elements which are devoid of distinctive character in relation to the goods concerned, it is generally to be concluded that the mark as a whole is devoid of distinctive character, the CJEU held. This can only be refuted if there are concrete indications that the composite mark as a whole is more than the sum of its parts – but that is not the case here. It is true that the characteristics of the shape of the bottle show a certain originality – here the Court referred in particular to the angular shape – but none of them would in itself attract the attention of the average consumer as a proof of origin. Ultimately, the mark applied for is no longer a bottle in the shape of a bock bag with some modifications, but which does not deviate significantly from the industry standard of an old bock bag, the CJEU ruled. The court completely dismissed the complaint of the Franconian wine growing association.

Judgment differs from the recent decisions

The judgment differs from the recent decisions of the European Court of Justice on bottle shapes and 3D Union trade marks applied for. Both a gold-plated bottle shape (in May 2019) and a bottle shape with a bead (in May 2018) were granted trademark protection by the CJEU. In these judgments, the CJEU had stated that market participants in the food industry are characterised by strong competition. Beverage producers in particular are all confronted with the technical constraints of packaging the goods for their marketing and with their necessary labelling. Further case law on bottle shapes as 3D trademarks is therefore eagerly awaited. So far, the opposing judgments should be used for trademark applications in this area. Please do not hesitate to contact us.