Distinctiveness through use: How much Europe is required for proof?

For acquired distinctiveness of an EU trademark through use, the corresponding proof has to be provided, certainly with surveys. Again and again, however, courts decide that too few EU member states have been consulted and that the results are not transferable to the entire EU. We summarize the current European case law.

Proof of acquired distinctiveness through use: Legal context 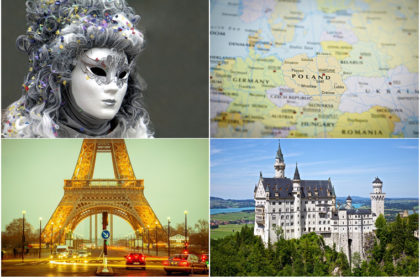 Relevant to the question of proof of acquired distinctiveness is the Regulation (EC) No 207/2009, Article 7(1)(b) and (3) and the principles therein concerning the definition and acquisition of the Community trade mark, absolute grounds for refusal and assessment criteria for the acquisition of distinctiveness through use.

In accordance with Article 1(2) of Regulation No 207/2009, the question as to how much Europe is required for such proof must be answered by taking into account that the use of a Community trade mark with unitary effect must be proved for the whole of the Union by means of the keyword “single market”.

In practice, this requirement is often underestimated. Instead of conducting surveys in all 28 EU countries, surveys are often limited to the more populous EU countries. This is because it provides evidence of a significant proportion of the relevant public in the EU.

In fact, however, this is not enough. For Article 7(1)(b), in conjunction with Article 7(2), provides that a Community trade mark is to be refused registration even if it is devoid of any distinctive character in a part of the Union – which may even be a single and even very small EU country.

The Coca Cola Company versus OHIM (EU:T:2016:94) judgment of the CJEU of 24 February 2016 is groundbreaking and also elevated to the status of a leading decision.
The Coca Cola surveys were carried out quite extensively in a total of ten EU member states (the EU had 27 member states at the time of the trademark application), including the most populous:  Denmark, Germany, Estonia, Greece, Spain, France, Italy, Poland, Portugal and the United Kingdom. A total of 380 million of the 507 million inhabitants of the EU were interviewed.

Despite the sometimes high recognition values of the surveys – between 48% (Poland) and 79% (Spain) – the court rejected the trademark registration. The result of these surveys could not be extrapolated to the other 17 Member States where no surveys were carried out.
In particular, with regard to the countries that joined the Union after 2004, it should be noted that the surveys do not provide information on the perception of the targeted public in these Member States and that the results from Poland and Estonia cannot be extrapolated. In particular, Coca Cola has not demonstrated that certain markets in the Member States covered by the surveys are comparable to other markets, the Court held.

The EU:C:2018:596 ruling before the ECJ of 25 July 2018 in the Nestlé versus Mondelez case concerning the famous Kit Kat bar is therefore of great interest. Nestlé had provided evidence of brand recognition in the EU countries of Denmark, Germany, Spain, France, Italy, the Netherlands, Austria, Finland, Sweden and the United Kingdom.

Finally, the ECJ found an error of law by the Board of Appeal, which recognised Nestlé’s evidence for the EU without commenting on the trade mark’s acceptance in Belgium, Ireland, Greece and Portugal.

This had already been discussed quite precisely in the EU:C:2012:307 ruling of 24 May 2012 in the Lindt & Sprüngli AG versus OHIM case, which was also made before the ECJ. It would go too far to have to provide proof for each individual member state, but nevertheless proof would have to be provided for those parts of the EU in which the trade mark did not possess any original distinctive character, the ECJ ruled.

The suitability of the evidence adduced as evidence had to be taken into account. None of the provisions of Regulation No 207/2009 requires that the enforcement of the mark be demonstrated by different means for each Member State, the ECJ ruled in case Nestlé with regard to the Sprüngli decision. Therefore, even one piece of evidence may have a value for several Member States, even for the Union as a whole,

This is in particular the case if

The most recent ruling on this issue was made only a few days ago by the CJEU in the EU:T:2019:455 Gibson Brands, Inc. case – we reported. Surveys in a total of eight Member States, including Germany, Italy, Spain and the UK, were not considered representative, in particular with regard to the homogeneity of the markets concerned. Moreover, the surveys would not have been recognised in five EU countries anyway, as they were carried out by local consultants and not by independent institutes.
It was also explicitly criticized by European court that no evidence had been provided for Cyprus and Slovenia – two EU countries, incidentally, for which no evidence of acquired distinctiveness had been provided in any of the other cases described by us.

The CJEU summarised the requirements for proof that distinctive character must have been acquired vis-à-vis a significant proportion of the relevant public throughout the whole territory of the European Union.

Would you also like to defend your trademark or brand?

Our attorneys have many years of experience in trademark law and patent law and are authorized to represent you before any court in Germany as well as internationally.
Please feel welcome to contact us if you are interested.

Relevant judgements are linked in the text