Hermès won before the Supreme Court of South Korea, the highest court. The case Hermès vs. PlayNoMore concerned imitations of the famous Hermès handbags and unfair competition. The luxury handbags from Hermès are inspiring in Asia – even the product imitators. 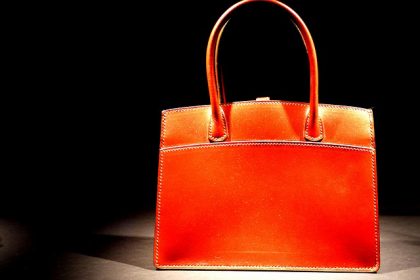 Hermès plays at the top of the luxury handbag league and has maintained its image as a status symbol for decades – especially in Asia. On the one hand, China is known for the enthusiasm of the luxury brand Hermès, but Hermès also inspires enthusiasm in South Korea. However, there are also downsides to this success: Hermès’ valuable handbags are popular as models for counterfeiters and imitators.

Hermès vs. PlayNoMore before the Supreme Court South Korea

All the more reason to pay attention to a recent ruling by the Supreme Court of South Korea, which ruled in the long-running Hermès vs. PlayNoMore case. The Korean company PlayNoMore had produced and distributed very similar bag models to the Hermès bags, which are very popular in South Korea as cartoon eye bags.

Hermès relied on the Korean law against unfair competition and Article 2(1)(a), (c) and (j) thereof. Of particular interest is paragraph J, which has only relatively recently been incorporated into the Korean Unfair Competition Act. According to it, any act which infringes the economic interests of other persons by using their results etc. without authorisation is contrary to fair trading practices and the competition rules.

Several steps of this trial

The trial went through several instances in Korea: first instance court ruled in favour of Hermès, but this ruling was overturned by the Seoul High Court (Seoul High Court 2016, Na 2035091), which ruled against Hermès. The Seoul Court followed PlayNOMOre’s arguments, which referred to PlayNOMOre’s own fashion concept of its bags and general trends in the fashion design industry.

Hermès filed an appeal against this ruling, which has now been decided before the Supreme Court of Korea. The Supreme Court found an infringement of competition in the similar design elements of PlayNoMore bags, such as the padlock closure in the middle, the key ring on a leather strap and the three-lobed flap design on the bottom of the handle.

View to China: Hermès is queen of the handbag hierarchy

In China, Hermès bags are the ultimate status symbol. In April 2020, when Hermès reopened China’s second largest flagship in Guangzhou after the Corona Lockdown, this flagship alone raised $2.7 million on the opening Saturday, https://wwd.com/ reported.

And since the last few days, a video clip from the popular TV series “Nothing but Thirty” has been going viral in China’s social media. The main actress is the only one who comes to a women’s party with a Chanel bag, all the others wear bags by Hermès Birkin or Kelly. The Chanel bag-wearer is so out of fashion that her picture is cut out of the subsequent group posting. This clip and its success shows: Hermès is the queen of the handbag hierarchy in China and the ultimate status symbol.

This is also due to the sales model. It is almost impossible for an ordinary customer (unlike celebrities and public figures) to simply buy such a bag in a Hermès store, and this is what makes it so exceptionally attractive to many wealthy Chinese consumers. Common in China is the so-called “Peihuo (配货)”: Chinese customers try to achieve a certain level of consumption with a particular salesperson in a particular store – usually by buying the accessories of the desired brand.

Nevertheless, Hermès also conducted long-standing proceedings against imitators and counterfeiters in China. Famous is the case Hermès vs. Dafeng (a Chinese fashion company that has been using the trademark “ai ma shi (爱馬仕)” , the transliteration of Hermès into Mandarin), which was decided by the China Supreme Court in 2012 – against Hermès. The luxury manufacturer had failed to provide the necessary evidence that it was a “well-known” brand to the relevant public in China. Today this seems like a joke, but has to do with the proof required under Chinese IP law. In particular, Hermès in Hong Kong had used an almost identical Chinese transliteration for many years before 1995, but had never registered this transliteration at the Mainland China Trademark Office.

In the meantime, however, there are increasing signals from China that, in the course of the reform of Chinese trademark law (in force since 1 December 2019), trademark and patent protection is being brought more into line with Western approaches.

However, this is not at all so easy and unambiguous in view of the different cultures and the practice in China of having a transliteration for the trademark registered above all by very well-known companies – and thus to a certain extent being the owner of the earlier trademark in China. Especially companies that are well known should take this into account.

Do you need IP protection in Asia, China, Japan or Korea?

Our experienced lawyers are happy to advise you on trademark protection in Asia, with special expertise provided by our Chinese colleague. Please do not hesitate to contact us.