Unified Patent Court stopped due to constitutional complaint in GER 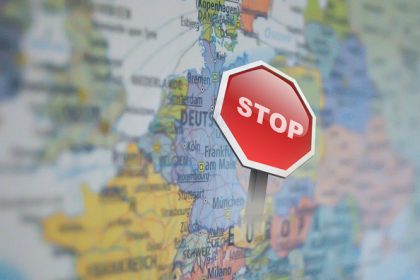 Unified Patent Court stopped due to constitutional complaint in Germany

There have been efforts for years to create a common European unitary patent and a unified patent court within the EU member states. The Federal Parliament in Germany had ratified the UPC more than 2 years ago, but ratification was suspended until after the decision on the constitutional complaint in Germany. Without the ratification from Germany, however, the UPC cannot start, and without Germany, a Unified Patent Court is basically pointless.

The court justified its decision by stating that, in order to secure their democratic influence in the process of European integration, citizens are in principle entitled to have sovereign rights transferred only in the forms provided for by the Basic Law. And this form would require a two-thirds majority for ratification of the UPC. In fact, however, the German Bundestag unanimously adopted the draft bill on the challenged treaty law in its third reading; however, only about 35 members of parliament were present.

The Unified Patent Court has constitutional relevance, the Federal Constitutional Court stated, the contested UPC consent law (EPCA-ZustG) is subject to the requirements of Article 23 (1) sentence 3 in conjunction with Article 79 (2) of the German national Basic Law (in germ.: Grundgesetz (GG)), because it brings about a substantive constitutional amendment. According to Court, in substance, the UPC constitutes an amendment or replacement of Article 262 TFEU.

The unified patent court was conceived and contractually established exclusively for the member states of the EU. Most European countries have already ratified the UPC for the European Single Patent Court. After some back and forth, this was also ratified in the UK, we reported.

With this UPC ratification, parliamentary recognition is given for the transposition into national law, as it applies to other EU regulations and laws. It thus means the Parliament’s consent to transfer national interpretative sovereignty over patent law jurisdiction to the EU, as this transfers all competence to the UPC. This applies to actions (i.e. infringement actions, actions and counterclaims for revocation, injunctions) against a unitary patent and also against decisions of the EPO.

Because of this scope, a constitutional complaint was filed in 2017 before the Federal Constitutional Court (BVerfG) against the ratification of the Agreement on a Unified Patent Court (EPC). Subsequently, and at the request of the BVerfG, the Office of the Federal President agreed to suspend the ratification, which had actually already taken place in parliament.

With the ruling of the Federal Constitutional Court, which became known today, the Unified European Patent Court has moved into the far distance. For a unified patent court is of course only meaningful if the target countries of many patent applications are also involved.

Therefore, the so-called “True Top 4” were especially mentioned early on in the planning for a unified patent court. This refers to the four EU member states in which patents are currently most frequently validated: Germany, France, UK and the Netherlands.

Accordingly, it was agreed as a prerequisite for the entry into force of the Unified Patent Court (EPC) that ratification of the EPC by at least 13 EU member states is required, including Germany, France and the UK.

In today’s press release, the Federal Constitutional Court emphasised the far-reaching transfer of competences which, after transfer to an EU institution such as the Unified Patent Court, are generally “lost” and cannot easily be “retrieved” by their own efforts. Without an effective transfer of sovereignty, however, any measure subsequently adopted by the European Union or a supranational organisation would lack democratic legitimacy, the Federal Constitutional Court ruled and upheld the constitutional complaint against the German approval law approving the UPC ratification.

The Unified Patent Court has been prepared for years and with much political will. Even the UK, after some hesitation, had ratified the Convention in April 2018. And only a few weeks ago, the Preparatory Committee for the Unified European Patent Court announced a possible start of the Unified Court already in early 2021. Correspondingly high expectations were placed on the Federal Constitutional Court and its decision announced today, because both industry and the Federal Government want the UPC ratified from Germany.

Our attorneys have years of expertise and will be happy to advise you. If you are interested, please contact us – we look forward to your call!