The U. S. Court of Appeals for the Federal Circuit has ruled that Google’s use of Oracle’s 37 Java API packages does not fall under the so-called fair use. This judgement is of the utmost importance for modern software development. And it shows that the US and the EU are drifting apart on this issue.

Oracle vs. Google – a longlasting lawsuit 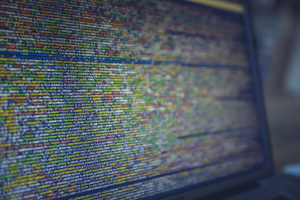 The years of legal dispute between Oracle and Google over the use of Oracle’s Java interfaces by Google in the Android operating system has thus taken a new turn. This is the second time the case has been referred to the court. After a first ruling in 2012 and the non-adoption decision of the highest U.S. Federal Court in 2015, the Oracle against Google case was resubmitted, this time with the following aspect: The court should now decide whether Google’s use of the Java interfaces in the Android operating system was fair use.

Fair Use in the U.S. Copyright Act

According to the US Copyright Act, four factors are of central importance for fair use:

Although novelty is a prerequisite for patentability of a patent claim under 35 U.S.C. § 102, neither copyright nor case law requires novelty in the fair-use investigation.

The U.S. Federal Appeals Court has ruled that Google’s use of Oracle’s 37 Java API packages does not fall under the so-called fair use. This is a setback for free and open source software, because it should become more difficult to make open source and free interface modifications in the USA from now on.

In Europe, the case of SAS Institute Inc. against World Programming Ltd  (EU C‑406/10) set standards in a similar way – but with a completely different trend – in 2012. The ECJ ruled that the functionality, programming language and data format are not an expression of a program and are therefore not protected by copyright for computer programs pursuant to Article 1(2) of Directive 91/250/EEC. Rather, it is permitted to observe, examine and test a computer program without special permission – also with the execution of the program. However, there is one restriction: exclusive rights of the copyright holder must not be violated.

These articles may also be of interest to you in this context:

Would you also like to protect an invention in the field of software development, Api or App?

US Courts Gov: Fair Use