Patent Software ? Is It Possible and if so, How? 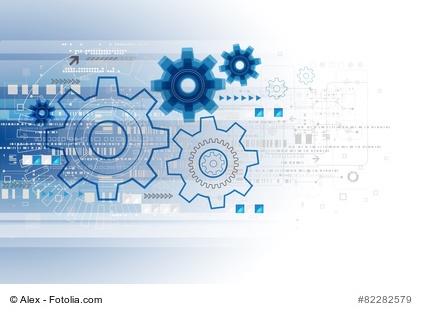 Software patents have been a controversial topic for years. Often people say that it is not possible to patent software in Germany. We would like to explain you in detail, what it?s all about.

As a matter of fact, according to the law text programs for data processing systems ? in common language software ? can?t be patented. That is because the legislator wanted to prevent plain mental procedures like mathematical calculation formulae are approachable for patent protection. The fact is that software can properly speaking be counted among applied mathematics. Therefore it is comprehensible that there should be a legal prohibition to patent software.

Nevertheless there are thoroughly some patents which are about software. But how is this possible? The answer to this question is that software can?t be excluded from patent protection in general. According to the law only software as such is excluded as it is considered non-technical. First of all, let?s clear up what is meant by that. The Federal Supreme Court defines that an invention is technical if it influences the real physical world in any kind through the effort of controllable physical agents (BGH court decision of 1969, 672 ? ?Red Pigeon?). For a software as such this does not occur.

Indeed if a patent is about a software in conjunction with a hardware, you can?t talk about a software as such and a patent protection would be possible. An example would be an industry robot which is operated by a software. In this case a software comes also into use, but the difference is that physical elements are employed as well. Hence the invention is technical. While a plain computer program can?t benefit from patent protection, a computer program which is executed by a computer can awfully well as it is considered as technical. This is then called a computer-implemented invention.

Technicity Is the Key

According to the German Federal Supreme Court the following aspects can lead to technicity:

The difficulty lies in formulating the patent claims in such way that the technicity of an invention can be affirmed. A take home message would be: ?An invention needs to provide a technical solution to a technical problem.? But it isn?t always that simple.

Indeed if an invention is technical this still doesn?t guarantee the grant of a patent since three very important conditions still need to be fulfilled. The invention must be new, it must rest on an inventive step and has to be commercially applicable. Indeed there is one specialty in the case of a patent on software: only the technical features are considered at the examination. If those technical features are actually new, a patent can be granted.

The Issue Is Similar on the European Level, but Totally Different in the USA

The requirements for a German patent application are nearly the same as for European application proceedings. In the USA, though, the demands are completely different. According to the Supreme Court (Diamond v. Chakrabarty, Int 80, 627, US Supreme Court (1980)) in the USA ?anything under the sun that is made by man? is patentable. Excluded from the patentability are only natural laws, natural phenomena and abstract ideas. This would mean that it is much easier in the US to gain a software patent. Indeed, especially lately, the jurisdiction in the USA bore judgements which denied software patents the patentability. This was often the case in connection to business methods. In view of the current development in the USA, it might happen that the attainment of software patents will become much more difficult there, too. Especially due to the increasing appearance of so called patent trolls in conjunction with software patents, a change of thinking has to be expected in the USA.

Is Software Patentable? Only With Some Hurdles!

In conclusion one can say that it is not easy to attain a patent on software. Even if the computer program is only part of the invention, the patent application might be difficult. It is thus of great significance that patent claims are composed correctly in order that the barriers of the technicity can be broken down.