Minimum grounds for oppositions against patents and formalities for designating the inventor: these two areas in the EPO practice of national patent offices are now uniform for EPO member states, the EPO reports. 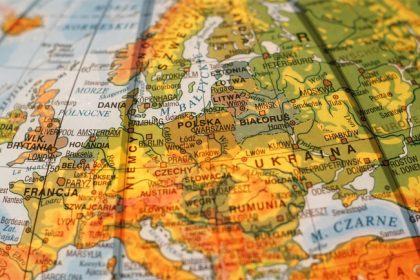 The EPO (European Patent Office), under the leadership of António Campino, is rightly proud of the agreement reached among the patent offices of the EPO member states.

Minimum grounds for oppositions against the unity of an invention as well as the formalities for designating the inventor, for these two areas a uniform guideline for the EPO practice of the national patent offices has currently been agreed, the EPO reports currently.

In a total of six areas, a uniform approach of the EPO member states is to be adopted within the framework of the EPO Strategic Plan 2023; the first two of the six have already been implemented. The aim is to harmonise practice between the EPO and the national patent offices in the EPO member states; ultimately, this should improve legal certainty in the European patent system and enable simpler, more streamlined and more cost-efficient procedures for applicants.

The European patent is granted by the EPO. Contrary to what its name suggests, however, it is neither a transnational patent nor is it limited to the EU member states. EPO member states are a total of 38 contracting states, including all 27 EU member states plus 11 other states.

These are countries close to the EU, such as the UK, Norway and Switzerland, but also include Iceland, Macedonia and Turkey. In addition, the European Patent Organisation has concluded agreements on the extension of the protection of European patents with some states that are not members of the EPC (European Patent Convention). Currently, these are Bosnia and Herzegovina and Montenegro.

Therefore, a uniform approach of the EPO member states is to be adopted.

In parallel, there are efforts at the Union level to establish a so-called European Unitary Patent and the UPC, the Unified European Patent Court (!). It is possible that this could even come into force this year, but even if that were the case, it would only apply to the Union states, the member states of the European Union (but without the UK).

This may well spur the EPO member states to agree on a uniform approach to EPO practice with regard to patent applications and patent appeals.

Here is what this agreement looks like in detail for the first two areas:

In this area, the agreement announced is merely a recommendation of the EPO Working Group in this area. It is recommended to the Administrative Council that inventors should not be formally notified by patent offices of their designation in a patent application.

Instead, inventors should receive information about their designation from the applicant, through inspection of the patent register or through file inspection.

Whether this will really become a general EPO practice remains to be seen. Many national patent laws contain subsidiary mechanisms, especially for employee inventions, including Germany, of course. The proposed amendment would be far-reaching in this respect in particular, because it would mean that employed inventors would no longer be informed about the filing of a patent application by their employer or about the progress of the grant procedure.

As further four areas for which a an agreement for EPO practice is to be adopted, the EPO Strategic Plan mentions conformity of priority date, examination of unity of invention, restitutio in integrum and examination practice for computer-implemented inventions and artificial intelligence.

It would be desirable to have real agreements in all six areas of the EPO Strategic Plan. In view of the diverse interests among the EPO member states, this is a great challenge: the end is still open.

Our attorneys have many years of expertise in patent law as well as in the entire field of intellectual property and are authorised to represent you before any court – in Germany and also internationally.
Please contact us if you are interested.