GER UWG: No itinerant tribunal for infringements on the internet

Up to now, the whole of Germany has always been considered the “scene of the crime”, especially for legal infringements on the internet, so itinerant tribunal was possible. This should no longer be possible since the UWG amendment of 2020 and § 14(2) UWG n.F.. But, German courts are nevertheless not in agreement in their interpretation. 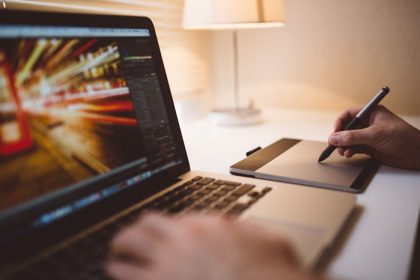 Itinerant tribunal for Infringements on the Internet

Especially for legal infringements on the internet, this seemed indisputable, because after all, the internet in Germany makes the whole of Germany the relevant “scene of the crime” for a legal infringement. In legal parlance, this is called the “place of the infringement”; legally relevant for this since December 2020 is § 14(2) UWG n.F. (Act against Unfair Competition in its new version).

Legal infringements on the internet – court locations as a strategy

Such an itinerant tribunal for legal infringements on the Internet has been used strategically to apply for preliminary injunctions for legal infringements on the Internet before special courts – and thus to have a better chance of legal success. It is an open secret that especially the big telecommunication companies predominantly choose the courts in Munich, Mannheim and Düsseldorf with their SEP and FRAND infringement allegations.

Above all, however, itinerant tribunal was also used to digitally automate the detection of infringements (keyword: crawler) on a large scale and in an abusive manner, certainly at court locations that were far away from the defendant’s place of residence and to make it more difficult for the defendant to participate in legal proceedings. Here the federal government saw a need for action to protect consumers and small and medium-sized enterprises.

In order to limit these abuses, the existing UWG was therefore amended in December 2020 with the “Act to Strengthen Fair Competition” – we reported.

In particular, an amendment to § 14(2) sentence 3 no. 1 UWG was introduced. Accordingly, a plaintiff must now in principle assert competition law infringements on the internet at the court competent for the defendant’s registered office (unless the defendant has no general place of jurisdiction in Germany). The exact wording of § 14 (2) sentence 3 no. 1 UWG (new version) provides for the exclusion of the flying jurisdiction for “legal disputes due to infringements in electronic commerce or telemedia”.

This wording in the amendment lacks the necessary unambiguity and clarity, according to some German courts – which has already led to different rulings in German courts in the few months since the UWG amendment in December 2020. Above all, the regional courts of first instance insist on the jurisdiction of their courts.

The first case was brought by the Düsseldorf Regional Court (LG Düsseldorf) in mid-January 2021, which had issued an interim injunction and justified its jurisdiction also for advertising in telemedia by stating that the provision of § 14 (2) sentence 3 no. 1 UWG (new version), which has been in force since 2 December 2020, only covers infringements of internet-specific labelling provisions like the Privacy Policy.

The Düsseldorf Higher Regional Court (OLG Düsseldorf) subsequently called upon in this case also emphasised in its decision 20 W 11/21 of 16 February 2021 that the grievance identified by the German Federal Government was seen in the prosecution of infringements committed on the internet, especially in the automated prosecution of rather minor infringements of labelling obligations.
Restrictions to certain infringements committed on the internet or only to labelling obligations of the internet do not result from this at all, however, is the opinion of the OLG Düsseldorf, and the OLG has serious reservations against the interpretation of § 14 (2) UWG n.F. made by the Regional Court. In the matter of the proceedings, however, the OLG dismissed the action, because the defendant unwarranted had appealed before the OLG. But if the LG affirms its local jurisdiction in an application for a preliminary injunction in an order, then the defendant can only challenge this by way of opposition (§ 924 ZPO), the OLG explained.

A jurisdiction according to § 14 para 2 sentence 3 no. 1 UWG, which is based on the domicile of the defendant, exclusively applies to “infringements in which the asserted infringement is factually linked to an action in electronic commerce or in telemedia”, the LG Düsseldorf restricted § 14 para 2 UWG n.F.. Infringements of the prohibition of misleading statements under unfair competition law in §§ 5, 5a UWG were therefore not covered by the exclusion of § 14 para. 2 sentence 3 no. 1 UWG n.F., the Regional Court ruled, since infringements of §§ 5, 5a UWG do not factually provide for a distribution channel via the internet and they are usually serious legal infringements with often great economic power of the large global digital companies, by no means easy infringements for abusive mass warning letters.

Incidentally, in its decision of 11 May 2021 (3-06 O 14/21), the LG Frankfurt was also of the opinion that the wording of § 14 (2) UWG n.F. lacked the necessary unambiguity, which was recognisable from the duplication of the terms “electronic commerce” and “telemedia”. However, it did not take a conclusive position of its own on the interpretation of § 14(2) sentence 3 no. 1 UWG n.F. Instead, the LG Frankfurt referred to the fact that, since the plaintiff submitted the same subject matter of the dispute for legal review, the claim had rightly been asserted before the LG Frankfurt – after all, in the case of an action with a uniform procedural claim, the court with local jurisdiction had to examine and decide the dispute not only from the point of view of the unlawful act, but from all legal points of view that could be considered (BGH NJW 2003, 828).

Looking for legal representation in court?

Our lawyers have many years of expertise in patent and trade mark law as well as in the entire field of intellectual property. We are authorised to represent you before any office and court – in Germany and also internationally.
Please contact us if you are interested.

the relevant judgements are directly mentioned in the text