The ECJ has given a ruling on the calculation of the period of prescription for claims for EU plant variety rights interpreting Art. 96 of EU Regulation No. 2100/94: Is a distinction to be made between individual and continuing acts of infringement?

The main proceedings, which requested a preliminary ruling from the ECJ by the Spanish Supreme Court, concerned an alleged infringement of the exclusive plant variety rights for the mandarin tree variety “Nadorcott” . In short, if more than three years had elapsed between the time when one party was notified of the warning, i.e. when it was identified as the alleged user of the protected variety, and the time when the claims of the other party were filed, the court of first instance dismissed the infringement action on the grounds that the claim for infringement was time-barred under Article 96 of Regulation No. 2100/94. The warned party appealed against this decision.

However, the referring court – the Tribunal Supremo (Supreme Court, Spain) – pointed out that, according to national case law on intellectual property, a distinction must be made between individual and continuing acts of infringement.

In the latter case, the commencement of the limitation period is postponed for as long as the act on which the infringement is based continues. The referring court asks whether that case-law is applicable to the limitation rule in Article 96 of Regulation No 2100/94 and, in particular, whether all claims relating to acts of infringement become time-barred as soon as the holder of the Community plant variety right brings his action more than three years after he has become aware of the acts of infringement and of the identity of the person liable, or whether only claims relating to acts committed more than three years before the action was brought become time-barred.

The wording of Art. 96 of EU Regulation No. 2100/94 is clear: according to it, claims under Art. 94 and 95 are time-barred after three years from the date on which the Community plant variety right was finally granted and from the date on which the holder of this right became aware of the act and the person of the obligor, or, if no such knowledge was obtained, after 30 years from the completion of the respective act.

Since the triggering of this period depends on one of the two objective events, the ECJ held, with regard to the question of a ranking of these two events, that the limitation period starts to run at the time of the event which occurs last, i.e. either at the time of the grant of the Community plant variety right or at the time when the infringing act and the person of the obligor became known.

Moreover, according to the ECJ, the grant of the Community plant variety right constitutes the unauthorised performance of the acts referred to in Article 13(2) of Regulation No 2100/94 in respect of the protected plant variety a “use without consent” within the meaning of Article 13(3) of that Regulation. Therefore, according to Article 94(1)(a) of the Regulation, the person who carries out one of these acts in these circumstances may be held liable by the proprietor for an injunction to cease the infringement or for payment of an equitable remuneration, or for both, the ECJ ruled.

Limitation only for claims arising from past acts

Article 96 of Regulation No 2100/94 must therefore be interpreted, the Court ruled, as meaning that only those claims under Articles 94 and 95 of that regulation are time-barred which relate to a set of infringing acts directed against a protected variety and which were asserted after more than three years had elapsed since, on the one hand, the Community plant variety right was definitively granted and, on the other hand, the holder had become aware of each of the acts forming part of that set and of the person of the obligor.

For, as the Advocate General had already pointed out in his Opinion, the limitation rules can only apply to claims relating to acts committed in the past, not to those which might be committed in the future.

And the claims under Articles 94 and 95 of that Regulation concern the acts referred to in Article 13(2) of the Regulation, the ECJ explained. However, the court explained, this provision refers to individually listed acts, so that the fact that an act is ongoing is not decisive for determining the beginning of the limitation period provided for in Art. 96 of the Regulation.

For claims under Articles 94 and 95 of the Regulation, the limitation period of three years provided for is independent of whether the infringing act relating to a protected variety is still continuing and also independent of the time when that act ceased, the ECJ ruled.

Do you need support in IP law or IP protection?

Our attorneys have many years of expertise in the entire field of intellectual property and are authorised to represent you before any court – in Germany and also internationally. 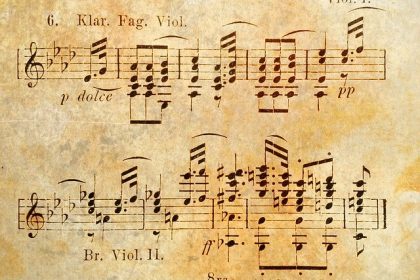