Last Thursday, Christie’s auction house in New York auctioned a work of art created by an algorithm for more than $400,000. This has caused a worldwide sensation and highlights the current patentability of artificial intelligence and software algorithms. And the question also arises: who is actually entitled to the money generated? 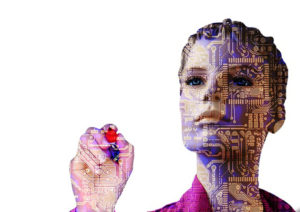 Many artists who make AI art rely on royalty-free image or audio libraries or even their own sketches to train their algorithms. One’s own artistic and creative contribution is seen in the way in which existing material is mixed, i.e. in the learning algorithm and the resulting new work. So is Artificial Intelligence (AI) simply a tool that artists use, like a photographer uses a camera or Adobe Photoshop to create and edit his images? Or is AI a software algorithm that can be protected?

A look at copyright and the patentability of software algorithms provides clarity.

The legal protection of art and literature is regulated by copyright law. However, as long as a work is protected, its use for the general public is ultimately restricted. However, art is intended to promote cultural diversity and the development of society. For Germany and the European Union the following therefore applies: copyright expires 70 years after the death of the author. The calculation for the duration of copyright begins at the end of the calendar year in which the author dies (§ 69 German UrhG ). Since the author is then naturally deceased, the copyright passes to his heirs for 70 years.

In principle, the owner of the copyright can decide on the publications and type and quantity of reproductions or other possible exploitation and use the income gained from them. It can also grant rights of use to third parties.

Internationally, copyright is essentially governed by the Berne Convention for the Protection of Literary and Artistic Works, which more than 170 states have signed. The international regulation states that copyright expires after at least 50 years. Moreover, the contracting states may individually extend the term of protection.

According to the European Patent Convention (EPC), a computer program “as such” is not a patentable invention (Article 52(2)(c) and (3) EPC). No patents are granted on pure program code, but it can be protected by copyright. However, protection by copyright is not as strong as protection by patent law, especially in the case of program code and software development. For copyright protects the form of the work, not the ideas on which it is based. Anyone can therefore write his own program code that takes up an idea of a copyright-protected work, as long as he does not copy the code. If a program code or a software algorithm were patented, the patent holder would be safe from others using his invention.

Software algorithms as well as mathematical proofs have so far been regarded as non-technical and therefore purely mental works and not patentable, too. Because a patent is only granted on a computer-implemented invention if a technical problem is solved with it – in a technically particularly refined and unusual way. 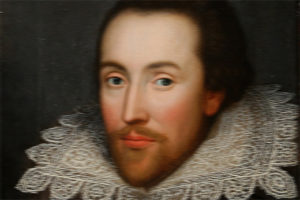 This, however, is certainly to be discussed in Christie’s work of art.

Basis of the now auctioned “Edmond de Belamy” are 15.000 real portraits, which were created between the 14th and 20th century. Building on this data set, an algorithm was developed to teach software rules of portrait painting.

Another algorithm was used to create a series of new images by mixing the portraits in various ways, from which the AI itself selected the Belamy series. The artificial intelligence considered the selected images, like Edmond de Belamy, who had now been auctioned off, to be a man-made work.

Guideline for computer-based inventions before an update

As appropriate, The European Patent Office (EPO) published an update on the previous directive a few days ago (new directive: “Guideline: Artificial intelligence and machine learning“). The previous guideline for computer-based inventions already takes patent claims based on technical and non-technical features into account for patent applications, but also for computer-implemented data structures and process steps based on them. Patenting in the field of sensor technology and e-commerce has already been outlined (European patent application: computer-based inventions in the EPO’s Guideline). The numerous innovations in the field of artificial intelligence and software algorithms are, however, not yet sufficiently contained in this guideline – nor in the general case law. It is interesting to see possible analogies to current and landmark judgments in the field of software patents, for example Oracle v. Google or IBM v. Groupon. Looking at these judgments, it is understandable that the industry has long seen patent agreements and open source development as a resilient alternative to its own patent protection (see Google landed surprising coup with Tencent in China and Apple and Samsung end 7-year patent feud).

There is an urgent need for the legal regulation of patents on artificial intelligence. The American Patent Office has already signalled that AI should be patentable “as such”. It is fitting that in December 2017 the EPO called the evaluation of trends “Patents and the Fourth Industrial Revolution” and thus explicitly focused on the Internet of Things (IdD) as well as artificial intelligence. However, the integration of these computer-aided technologies into patent protection is not without problems. For example, the question of the disclosure of such an invention is legally new territory, since the invention must be disclosed so clearly and completely in the application documents for patent protection that an expert can execute it without further ado. This would not be possible for the Belamy artwork at Christie’s Auction. And assessing whether a technical task has been solved is also difficult.

On the other hand, there is also the question of usability and remuneration. Who is the inventor when an AI has created the work, but has only been able to learn through algorithms? And this, in turn, only because the AI – as in the case of the Belamy artwork – was fed with a large amount of source information such as images, data sets or chemical formulas, which in turn may be protected. Last but not least, it should also be clarified whether works of an AI should in principle fall under the aspect of fair use jurisdiction, since far-reaching and socially relevant effects are to be expected.

Maybe this article is also interesting for you:

Are you looking for protection for your programm code, software, industrial robot or AI?