No SPC for phytase preparation – despite pharmacological effect

The BPatG ruled that no SPC is granted for a patent for phytase preparation, as it was approved as the intended purpose of a feed additive. Despite the pharmacological effect a product must be a medicinal product for the granting of an SPC. 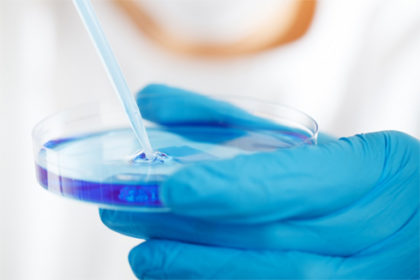 The applicant for the SPC for a feed additive is the holder of European patent EP 1 090 129, also granted with effect in the Federal Republic of Germany, entitled “Overexpression of phytase genes in yeast systems“. This application for a supplementary protectionn certificate for that basic patent was rejectedd as the product is not a medicinal product.

In the appeal before the Federal Patent Court (BPatG), the applicant asserted that feed additives also have to undergo a long and complex approval procedure, which shortens the effective patent term to only 7 years. Feed additives are therefore comparable to veterinary medicinal products.

In addition, the applicant argued that the product at issue in the proceedings fulfilled the definition of “product” within the meaning of Article 1(b) of the AMVO. It is not a question of a medicinal effect in the strict sense of the definition of “medicinal product” in that regard, but rather of the product merely having a pharmacological or metabolic effect within the meaning of the AMVO, which is the case.

The Federal Patent Court rejected this. The BPatG clarified that the substance in question was tested and approved as an additive in animal nutrition. The authorisation procedure was therefore not aimed at a use of the substance independent of the product, but at the specific intended use of the feed additive and the nature of its use. In addition, under Article 1(2)(b) of the Feed Additives Regulation, veterinary medicinal products are expressly excluded from the scope of the Feed Additives Regulation and there is therefore no analogy between veterinary medicinal products and feedingstuffs. And since the product at issue in the proceedings is not an active substance of a medicinal product within the meaning of Article 2 AMVO, the pharmacological effect of that product is also irrelevant.

The BPatG also rejected the applicant’s reference to the ECJ’s Boston Scientific decision of last year and the TRIPS Agreement (Agreement on Trade-Related Aspects of Intellectual Property Rights). The applicant argued that the question of analogous application of the AMVO had not been conclusively answered by the ECJ’s “Boston Scientific” decision either. And Art. 33 TRIPS stipulates that the term of protection of patents may not be less than 20 years.

The BPatG made it clear that a gap in the AMVO could only be assumed if the law was incomplete in a way that was contrary to the plan – measured against its own intention to regulate. The BPatG ruled, however, that in the case of the granting of SPCs, the legislator specifically wanted to restrict the scope of application of the regulation to medicinal products. And in its “Boston Scientific” decision, the ECJ once again emphasized that the interpretation of the above-mentioned standards must not ignore this intention to regulate.

The TRIPS Agreement only obliges the member states to provide patent protection for all inventions which fulfil the conditions specified therein, according to BPatG. However, a product for animal nutrition does not fulfil the conditions of a medicinal product. Moreover, TRIPS refers only to the patent itself, but not to term extensions such as supplementary protection certificates.

The applicant’s complaint was therefore rejected by the BPatG and the grant of an SPC on the feed additive was refused.

Do you need support in the protection of pharmaceutical products or drugs?