SPC not permitted for medical device!

A supplementary protection certificate can only protect a product that is used as a medicinal product. This is not possible for a medical device, not even if a component of the medical device complies with pharmaceutical standards, the ECJ has now ruled.

In this reference for a preliminary ruling from the German Patent Court (Bundespatentgericht (BPatG)), the European Court of Justice (ECJ) was asked whether the application of the EU Directive 2001/83/EC (“Medicines Directive”) to a medical device is excluded because it has not undergone an official approval procedure within the meaning of this Directive. The Federal Patent Court had indicated that it considered equal treatment of the conformity procedure under the Medical Devices Directive with the approval procedure specified under Medicines Directive possible- due to very comparable formal and material auditing standards in both procedures. Only equal treatment also for medicine-drug combinations could make it possible to compensate for the long duration of the approval procedure, which could motivate further pharmaceutical research and development work in this modern field of medicine. 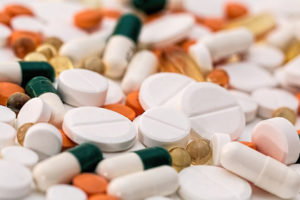 The conflict arose when the complainant Boston Scientific applied to the German Patent and Trade Mark Office (DPMA) in 2011 for a supplementary protection certificate (SPC) based on the German part of the European patent. The Patent Division of the DPMA rejected the application in 2016 and argued that the product in conformity with the application did not have a marketing authorisation for medicinal products within the meaning of Article 2 of Regulation (EC) No 469/2009. The applicant lodged an appeal against this decision and continued to pursue the objective of granting a supplementary protection certificate, most recently for “Paclitaxel” and stating the CE certificate issued in 2003. Paclitaxel is a supporting component of the medical device.

SPC for medicinal products for human use 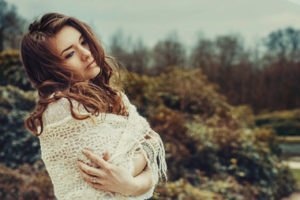 The human pharmaceuticals market is regulated by numerous EU regulations and strict authorisation procedures. As regards the granting of supplementary protection certificates, Regulation No 469/2009, Article 2, provides that a supplementary protection certificate is to be granted for any product protected by a patent in the territory of a Member State if it is a medicinal product for human use – and if it is the subject of an administrative authorisation procedure before it is placed on the market as a medicinal product (in accordance with Directive 2001/83). But is the medical device Taxus a medicinal product?

The complainant argued before the Bundespatentgericht (BPatG, Federal Patent Court) that the wording “authorisation procedure” allows the interpretation that other than formal marketing authorisations for medicinal products under Directive 2001/83/EC are also meant if they comply with the substantive requirements of that directive. In the present case, the medicinal substance ‘paclitaxel’ had undergone a test in accordance with Directive 93/42/EEC before the Netherlands Medicines Agency as part of the CE certification procedure – for medical devices.

The active substance paclitaxel had therefore not undergone a formal marketing authorisation procedure as a medicinal product under the Medicines Directive, but was assessed positively in a consultation procedure in accordance with pharmaceutical standards.

A supplementary protection certificate can only protect a product that is used as a medicinal product; this is not possible for medical combination products, the ECJ ruled last week (C:2018:867). It should be noted that a substance which is an integral part of a medical device and which acts on the human body in addition to that device cannot be regarded as a medicinal product.

The definition of “medicinal product” in Directive 2001/83 covers any substance or combination of substances which may be used in or on the human body or administered to a human being for the purpose of action or diagnosis. The definition of “medical device”, however, in Directive 93/42, covers any instrument, apparatus, appliance, software, substance or other object, whether used alone or in combination, for human application, the principal action of which in or on the human body is achieved neither by pharmacological or immunological means nor metabolically, but the action of which may be assisted by such means.

The medical device TAXUS has an effect on the human body in addition to the product in which it is contained. However, its main mode of action is not that of a medicinal product.

The ECJ points out that the equivalence of the conformity procedure under the Medical Devices Directive with the approval procedure referred to in Medicines Directive hoped for by the BPatG cannot be applied to circumstances such as those in this proceeding. The terms and products “medicinal product” and “medical device” are mutually exclusive, and the negotiated medical device TAXUS could not be equated even if this substance had been evaluated in accordance with Annex I, Section 7.4 (1) and (2) of Directive 93/42. The granting of a SPC for medical devices thus remains excluded.

Do You want help or protection for your medicinal product or medical device?

Our lawyers advise you individually and have many years of expertise in the pharmaceutical and chemical sector as well as in patent protection.