Granting of several SPCs on the basis of the same patent

Protection by a supplementary protection certificate for the new formulation of an active substance is important for the development of new drugs. The granting of several SPCs on the basis of the same patent has been judged in the case law of recent years. 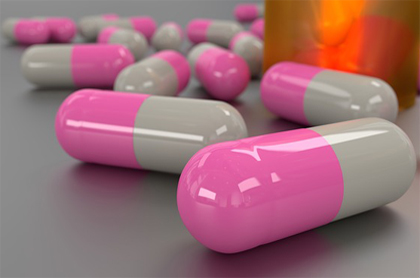 In principle, several supplementary protection certificates (SPC) can be granted on the basis of the same patent for several different products – but only under strict conditions. If every successive marketing of an active substance could establish a right to the granting of a large number of supplementary protection certificates, this would not be compatible with the balance between the interests of pharmaceutical manufacturers and the political mandate to protect public health. It is therefore in case law decisive for granting of several SPCs on the basis of the same patent whether the active substances or the composition of active substances which are to be protected in a new product by an SPC are the subject of the invention protected by a basic patent (within the meaning of Articles 1(c) and 3(a) of Regulation No 469/2009).

In the highly regarded Georgetown University vs. Octrooicentrum Nederland (C:2013:828) judgment of December 2013, the ECJ ruled that it is possible to grant several SPCs on the same patent in this case, in which the first SPC was granted on a combination of active substances and the subsequent SPCs on a single active substance. The basic patent for an L1 protein of the human papillomavirus of Georgetown University protected the various HPV compositions contained in the drugs Gardasil and Cervarix. A further SPC could be granted for each of these active ingredients, which is also individually protected as such by the basic patent.

Therefore, the facts of the case and the judgment differ from the judgment in the proceeding  Actavis vs. Sanofi (C:2013:833), which was also rendered in 2013. In this case, a basic patent protected an active ingredient as such and an SPC was granted for a drug containing that active ingredient. The question was whether the patent holder could apply for a second SPC for the composition of the active substance for which an SPC had already been granted and the active substance which as such was not protected by that patent on the basis of that patent but a subsequent authorisation to place on the market a medicinal product with a different active substance composition. And this was rejected by the ECJ.

The ECJ also followed this line in its judgment of 25 July 2018 in the Teva vs. Gilead case concerning the AIDS drug TRUVADA® (C:2018:585, see “ECJ judgment in the ESZ dispute over Gileads AIDS blockbuster” ). A product consisting of several active ingredients with combined action is protected “by a valid basic patent”, even if the combination of active ingredients of which this product consists is not expressly mentioned in the claims of the basic patent, but these claims necessarily and specifically refer to this combination. The ECJ ruled that each of the active ingredients must be specifically identifiable in the light of all information disclosed by the patent.

SPC jurisprudence – on carriers and coatings

Remarkable in this respect is the judgment of the German Federal Patent Court of January 2018 (14 W (pat) 10/16) in which the SPC grant for a hexavalent vaccine against a formulation patent was granted (see: ESZ grant for hexavalent vaccine – on a formulation patent) In this case, each of the individual active substances was named individually in the claims of the basic patent. The BPatG based its positive decision on the fact that excipients and carriers from the claims of the basic patent were not relevant. In the present case, the adjuvant as carrier substance had been decisive for the inventive step and thus for the grant of the basic patent; a synergistic effect of the active substance combination was never claimed.

The granting of an SPC on a formulation patent is also the subject of the dispute in the current Abraxis case (C:2018:1020), in which the Advocate General demanded a strict interpretation ( ECJ Advocate General: No SPC for new formulation of an active substance ). The special feature of this case is that the SPC was applied for for a combination of substances containing the active substance in the form of coating by nanotechnology. The ruling of the ECJ in this case can be awaited this spring.

Any questions in patent protection for pharmaceutical or chemical products or processes?