Validity of the SPC: appeal for prolonged duration possible 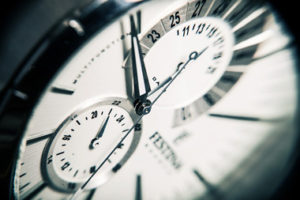 In a reference for a preliminary ruling from the Hungarian Court of Justice in the Incyte Corporation v Szellemi Tulajdon Nemzeti Hivatala case (EU:C:2017:995) the ECJ had to decide on the interpretation of whether the date of the first marketing authorisation for a supplementary protection certificate (SPC) requires a new interpretation since the ECJ ruling in the Seattle Genetics case.

The preliminary ruling in the Incyte versus Szellemi case is based on the earlier Seattle Genetics judgment (C:2015:659) of the ECJ. In Seattle Genetics, the ECJ interpreted Art 13.1 of the SPC Regulation, in particular the term “date of first marketing authorisation in the European Union”.

The Seattle Genetics judgment improved unity between Member States by clarifying the relevant data for calculating the period of validity of an SPC. At the same time, it was precisely this ruling that created new legal uncertainty. Many SPCs were granted before in case Seattle Genetics the verdict was pronounced, which resulted in shorter terms than if Seattle Genetics had taken the verdict into account. In addition, for many of these SPCs, the national appeal conditions ended. As a result, Member States took inconsistent decisions on a possible recalculation.

Questions referred for a preliminary ruling

The Hungarian Court stayed the proceedings and referred three questions to the ECJ for a preliminary ruling:

The calculation of the duration of medical SPCs is laid down in the SPC Regulation EC/469/2009. In Article 13 of that Regulation, the duration is determined by two cut-off dates, one being the date of filing of the basic patent application and the other being the date of the first marketing authorisation of the medicinal product concerned in the Community. The difference between the two shall be used to calculate the duration of the SPC. Article 14 defines that the SPC shall expire at the end of the period calculated on the basis of Article 13. 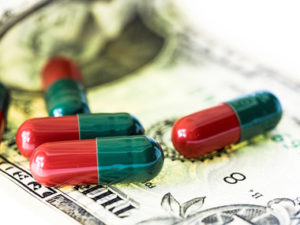 The first two questions were clearly answered in the affirmative by the ECJ. For an SPC for which the time limit has not yet expired, the Seattle Genetics judgment must be taken into account when calculating the period of validity and such an SPC must also be corrected accordingly. The Court justified this with its interpretation of the date in Seattle Genetics. Since the date indicated in the application should always have been the date of notification, any other date must be considered incorrect. And decisions granting a certificate may be appealed against the same remedies provided under national law against similar decisions concerning national patents (Art. 18 of Regulation No. 469/2009). This right also applies to those whose SPC deadline has not yet expired. The ECJ also pointed out that the right to such a request is not limited by the purpose of the SPC decision.

Furthermore, the authority granting the SPC has no discretion as to the duration of the SPC, since it is entirely determined by the criteria of the SPC Regulation itself.

The reasoning for the judgment also contains an interesting aspect on questions referred for a preliminary ruling in European case law, which goes beyond patent law and the granting of SPCs. Although the Hungarian court had expressly requested the interpretation of Article 17(2) of the PPP Regulation, the ECJ responded with regard to the interpretation of Article 18 of the SPC Regulation. The fact that a national court formulated its reference for a preliminary ruling by reference to certain provisions of Union law does not prevent the Court from providing that court with any guidance on the interpretation of Union law which might be useful to it in deciding the case pending before it, irrespective of what it referred to in its questions.