The Enlarged Board of Appeal of the EPO has published an important new opinion on patentability as a biopatent: it revokes its fundamental decisions G 2/12 and G 2/13 and resolves the conflict  between Rule 28 and Art. 53 EPC. 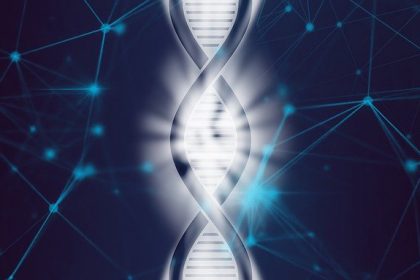 Plants and animals obtained exclusively by essentially biological processes are not patentable in the EU – but not retroactively for claims granted before 1 July 2017. It is remarkable that this also applies under Art. 53(b) EPC, which will be interpreted “dynamically” from now on. This is the main message in the new opinion of the Enlarged Board of Appeal of the EPO on the patentability of plants and animals as a biopatent.

The background to this is the amended EU Patent Directive on life in 2017, which amended new Rule 28(2) EPC (effective as of 1 July 2017) that stated that “European patents shall not be granted in respect of plants or animals exclusively obtained by means of an essentially biological process”. Article 53(b) EPC does not grant European patent protection for plant varieties or animal breeds and essentially biological processes for the production of plants or animals. However, microbiological processes and products obtained by means of these processes are patentable under Article 53(b) EPC.

The EPO has already granted more than 1,000 biopatents.

The conflict between Rule 28 and Art. 53 EPC has so far been a legal mess, on the basis of which in 2019 the President of the European Patent Office António Campinos submitted a legal question to the Enlarged Board of Appeal for clarification and interpretation with regard to the new Rule 28(2) EPC. The Enlarged Board of Appeal is the highest judicial instance in the European Patent Office (EPO).

To ensure legal certainty, this new interpretation of Article 53(b) EPC will not have retroactive effect on European patents with claims granted before 1 July 2017 or on pending European patent applications filed before that date.

This opinion is issued in relation to case G 3/19, which concerns Syngenta’s bio patent on pepper (EP2753168), “New pepper plants and fruits with improved nutritional value”. The European patent on pepper should not have been refused at the EPO on the basis of Rule 28 of the European Patent Convention, the EPO Board of Appeal decided in its much noted decision of December 2018 (T-1063/18), citing Art. 164 EPC, according to which an article of the EPC takes precedence over a rule of the EPC if the two conflict.

Mutation allowed – crossing and selection not

In practice, this is not as clear-cut as it may seem at first glance. Biotechnical and genetic engineering interventions are commonplace in the plant and microorganism sector, for example, optimised seeds, adaptation to climate change, pest control and improved performance of plants and animals. It is mainly technical selection procedures or product-by-process claims that obtain patent protection. But is there, for example, a product claim to plants or plant parts that have been obtained by an essentially biological process?

According to Section G-II, 5.4.2, any implicit or explicit crossing step does indeed lead to an objection under Article 53 b) EPC. However, technical steps before or after the crossing and selection process are patentable. Technical processes for obtaining the plant or animal which confers a technical characteristic on a product may also be patentable as product-by-process claims.

Transgenic plants or animals and technically induced mutants are therefore patentable; this means that the technical processes for them can also be patented: targeted mutations, e.g. with CRISPR/Cas, as well as random mutagenesis, such as UV-induced mutation. The use of molecular genetic markers is also patentable – if this technical step is performed before or after the crossing and selection process.

According to the new opinion, the new dynamic interpretation of 53(b) EPC also has an explicit negative impact on the admissibility of product claims or product-by-process claims directed to plants, plant material or animals if the claimed product is obtained exclusively by an essentially biological process or if the claimed process feature defines an essentially biological process.

The opinion of the Enlarged Board of Appeal also contains a clear decision with regard to the main proceedings concerning Syngenta’s biopatent on pepper. Art. 164 is – contrary to the Board of Appeal’s assumption – not relevant, since Rule 28(2) EPC is not in conflict with the new interpretation of Art. 53(b) EPC.

It is therefore eagerly awaited what the next decisions on biopatents will be: the biopatent on melons with a certain resistance to plant viruses, the Syngenta biopatent on pepper and also the biopatent on salmon with an increased content of omega-3 fatty acids – the list of European biopatents is long. Incidentally, the biopatent on decapitated broccoli was the first biopatent since the new EU directive of 2017 to be revoked.