Patents on plants and animals from conventional breeding have become more likely since this week. In a hearing before the Board of Appeal of the European Patent Office on the Syngenta patent on wild pepper, a far-reaching decision war announced. 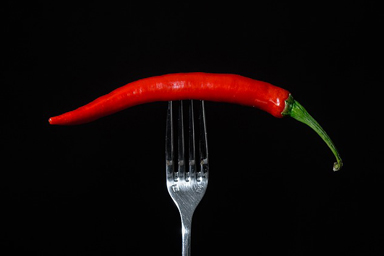 On Wednesday, the controversial Syngenta patent on wild pepper (EP2753168) was discussed in oral proceedings before the Board of Appeal of the European Patent Office (EPO). The Board of Appeal is of the opinion that Rule 28 of the European Patent Convention, as amended by the Administrative Council in 2017, infringes Article 53 EPC. Syngenta’s application for registration of “new pepper plants and fruits with improved nutritional value” should therefore not have been rejected by the EPO on the basis of Rule 28 (T 1063/18).

The Board of Appeal referred to Article 164.2 EPC which provides that the provisions of the Convention shall prevail in the event of an opposition to the Implementing Regulations. The contested decision should be annulled.

Article 53 is based on the Biotechnology Directive 98/44/EC. At that time it was left open whether the products of essentially biological processes were patentable.

In order to patent genetically modified plants, patent claims were therefore gladly formulated in such a way that they did not contain any reference to essentially biological processes. This practice was also found admissible by the Enlarged Board of Appeal and thus offers a loophole in patent law for plants and animals.

This was politically controversial for a long time and ultimately led to the amended EU Patent Directive on Life in 2017. Article 28 was amended, with the result that the products of essentially biological processes are no longer patentable. The fact that Rule 28 of the European Patent Convention, as amended by the EU Council in 2017, infringes Article 53 EPC, as stated in the present decision, is a legal confusion.

Following this present decision, it is now necessary to amend Article 53.b of the Biotechnology Directive in order to exclude products from essentially biological processes from patenting. The relevant decisions G 2/12 and G 2/13 of the Enlarged Board of Appeal also referred to this article. See also Biopatents: EPO strengthens Monsantos patent on soybeans, October 2017. However, this can take a long time, as all 38 EPC states would have to be consulted for such an adaptation.

Otherwise Article 28 and the laboriously reached consensus on the limited patentability of plants and animals would have to be abandoned – thinking this right to the end.

It is also unclear how the ruling will decide on applications for biopatents without changing the Biotechnology Directive. The legal clarity on issues relating to biopatents, which was politically intended and finally laboriously found in 2017, is now a waste of time with the current ruling. It would be desirable if a binding and legally sound regulation for biological processes could be reached quickly. The more, as just a few weeks ago Bayer’s biopatent on broccoli was revoked by EPA.

Decision in case T 1063/18 on the patentability of plants