The European Patent Office’s notice and new position on patents in the area of plants and animals is only a few weeks old, and there is already an ambivalent attitude towards the granting of biopatents: last week, the EPO rejected the opposition filed against the Monsanto patent on soybeans.

The controversial European patent (EP 2134870) was granted by the European Patent Office (EPO) to the Monsanto Group in February 2014. The soybeans affected are wild and cultivated species and varieties found in Asia and Australia. The biopatent encompasses the method of selecting plants before they are crossed, with a view to adapting well to different climatic zones. According to the EPO’s interpretation (G 1/07), this is not considered to be “essentially biological” breeding practices.

Interpretation of article 53 b of EPC 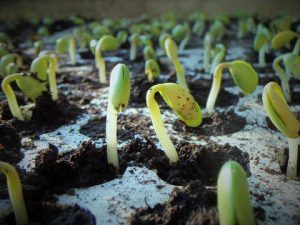 This situation should be clarified by the legal regulations governing the EU-wide granting of biopatents for plants and animals. According to Article 53 (b) of the European Patent Convention (EPC), European biopatents are not granted for “plant or animal species or essentially biological processes for the production of plants or animals”. However, the exclusion of “plant or animal species” only applies to certain varieties that are individually claimed. If a claim includes several plant varieties but not a specific variety, the exclusion does not apply (G 1/98). In the current notice of June 2017, the EPO also found that when crossbreeding and selection take place, the patentability of the bred plants and animals should be excluded.

In its argumentation for the controversial patent on soybeans, the EPO now pointed out that biopatents can be granted for the selection of plants and animals for breeding – although they may not be granted for the conventional breeding of plants and animals. Critics such as the association “No patents on seeds” see this differently: the selection itself of the plants and animals for beeing cultivated is inseparably linked to breeding. De facto, Monsanto has obtained a patent monopoly on the use of hundreds of natural gene variations for the cultivation of conventional soybeans.

Legal situation regarding biopatents – in Germany and the EU

In principle, the legal situation is characterised by the European Patent Convention (EPC, Article 53, point (b), which was signed in 1973 – long before the genetic and biotechnological possibilities that exist today. With regard to the question of how the EPC should be interpreted with regard to its rules on the patentability of plants, the EPO’s Enlarged Board of Appeal has adopted fundamental decisions in 2010 and 2015, in the so-called cases of Broccoli I and Tomato I or Broccoli II and Tomato II.

The German legislature did not see this sensitive legal area of biopatents as being sufficiently clearly regulated and amended the German Patent Act by 2a (1) No. 1 PatG in 2013. In contrast to the European patent, this clearly states that patents on plants and animals from conventional breeding are explicitly excluded. However, this regulation only applies to German biopatents or applications and has no effect on European patents. At the same time, negotiations were held at EU level to reach a rapprochement in the evaluation of biopatents across the EU. Ultimately, this led to the EPO’s notice, which was issued just a few weeks ago. It states that the patentability of living organisms and their breeding is also being tightened more severely throughout the EU. If crossbreeding and selection take place, the patentability of the plants and animals resulting from it is excluded. However, mutations should remain patentable. In practical terms, this means that the controversial 2015 broccoli patent would no longer be granted today.

For this reason, European biopatents that have already been granted are also being re-examined. The deadline is November 2016: the EPO intends to review all patents granted by the EPO in this area since November 2016. From a legal point of view, however, there are other uncertainties:

Are there any patent claims from selection procedures based on a selection of plants or animals prior to crossbreeding?

Are additional steps such as mutation breeding patentable?

Are methods such as vegetative propagation (which does not cross) patentable?

Monsanto patent on melons
The Monsanto melon patent was revoked by the European Patent Office in 2016 for technical reasons. Monsanto claimed as his invention to have created melons with a certain resistance to plant viruses, although this resistance has already been proven in indigenous natural melon varieties in India. Monsanto appealed against this decision and the outcome is still open.

Syngenta patent on wild pepper
The patent (EP2140023) applied for in 2008 and granted by the EPO in 2013 protects all chili and pepper plants that are resistant to the white fly. The patent covers the plants themselves, their fruits, the seeds, the foodstuffs produced from them and even the cultivation and harvesting of the plants. The Swiss company had obtained a commercial paprika plant with the described resistance from the wild paprika by means of Smart Breeding (a conventional precision cultivation supported by technical aids). Here too, there is a reference to wild Jamaican paprika, which naturally has this insect resistance. The hearing on the opposition to this patent was scheduled for June 2016, but then postponed by the EPO to an indefinite date.

EU patent for Australian company on salmon
In July 2016, the European Patent Office had indicated that it would soon grant a patent on salmon fed in such a way that they had an increased content of omega-3 fatty acids (EP 1965658). The fish themselves and the fish oil are to be patented. The applicant is an Australian company. In this case, the Hessian Ministry of the Environment formally objected to the patent in question in August 2016. The decision is still pending.

In total, the EPO has already granted more than 1,000 patents and thus biopatents on genetically modified laboratory animals. Genetic engineering interventions are, of course, also commonplace in plants and microorganisms. For example, it is primarily technical selection procedures or product-by-process claims that obtain patents.

A product-by-process claim identifies a claimed product by characteristics of the process for its manufacture.

It must be impossible to define the product in question differently from its manufacturing process (e. g. starting materials or treatment processes). And of course, the claimed product must meet patentability requirements.

In patent law, product-by-process claims are not easy to obtain. For § 9 sentence 2 No. 3 of the Patent Law provides for direct product protection by law, including for a claim that was obtained through a process patent. (translated quotation from IP Wikipedia www.legal-patent.com)

Looking at U.S. law in the light of international interdependencies, the legal situation becomes even more complex: for example, the seed market in the USA is strongly influenced by patents compared to the EU.

i) There are no prohibitions on patenting in the USA in the field of plant breeding.

(ii) patenting and licensing of genetic modification (for example, properties such as herbicide resistance) are permitted on a large scale.

(iii) The United States also do not know any plant variety rights that are granted in Europe.

The latest economic news regarding seeds is also in line with this: last Friday, Bayer AG announced the sale of its Seeds business unit. The buyer is the German chemical company BASF. The sale of the business unit Seeds will enable Bayer AG more easily to realize its intended merger with the U. S. company Monsanto.

Are you interested in patents for your processes or your company?