The European Patent Office (EPO) has revoked Bayer AG’s controversial Monsanto biopatent, which was intended to protect the breeding of broccoli to facilitate harvesting. It is the first revocation of a biopatent since the introduction of the newly revised EU regulation for biopatents in 2017. 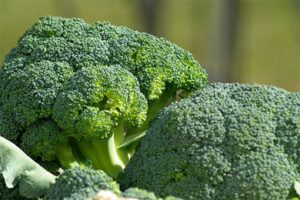 Patent EP 1 597 965, granted in 2013 to Monsanto, an agrochemical company acquired by Bayer in the meantime, covers broccoli plants that grow slightly higher and can therefore be harvested more easily. It has also become known as the “patent on decapitated broccoli. The revocation followed an objection raised by a coalition of organizations in 2014. Since an updated regulation in 2017, patents on plants and animals may no longer be granted if they result from common breeding methods such as crossing and selection.

Biopatent and the legal situation until 2017

In principle, the legal situation for biopatents is shaped by the European Patent Convention (EPC, Article 53, letter b), which was signed in 1973 – long before the genetic and biotechnological possibilities that exist today. Decisions were based on the EU Biopatent Directive (Directive 98/44/EC). However, in view of the fact that the EPO has already granted more than 1,000 biopatents, it has become increasingly urgent to adapt the legal requirements to modern technological methods.

With the question of how the EPC should be interpreted with regard to its regulations on the patentability of plants, the EPO’s Board of Appeal issued fundamental decisions in 2010 and 2015, in the so-called cases Broccoli I and Tomato I or Broccoli II and Tomato II. It stated that conventional breeding methods and marker-assisted selection may not be patented. However, plants and animals derived from such breeding should still be patentable as biopatents (decisions G02/12 and G02/13 (Broccoli II)). Technical process components used, such as a molecular marker, can also be patented as such.

Germany always regards the legal area of biopatents very sensitively and regarded the EU requirements as insufficient. In 2013 the German Patent Act was amended by 2a (1) No. 1 Patent Act. In contrast to the European patent, this clearly states that patents on plants and animals from conventional breeding are explicitly excluded.

At the EU level, there were political negotiations to reach an EU-wide convergence in the assessment of biopatents. This led to the EPO’s revised regulation on biopatents in 2017 – we reported. If crossing and selection take place, patentability of the resulting plants and animals will also be excluded. Mutations, however, should remain patentable. In practical terms, this means that the broccoli patent of Plant Bioscience Limited, referred to as Broccoli II in the fundamental decision of 2015, would no longer be granted today. For this reason, European biopatents already granted since autumn 2017 are being re-examined. The deadline is November 2016: all biopatents granted by the EPO since November 2016 are reviewed by the EPO.

However, genetic engineering interventions are of course commonplace in plants and microorganisms. It is mainly technical selection procedures or product-by-process claims that provide patent protection.

A product-by-process claim is a characteristic of a product that is the subject of a claim, which is characterized by the characteristics of the process used to manufacture it.

In patent law, product-by-process claims are not easy to obtain. This is because § 9 sentence 2 no. 3 PatG already provides for direct product protection by law, even for a claim obtained through a process patent.

Biopatent on malting barley not revoked

Not surprisingly, a second prominent revocation procedure before the European Patent Office was decided at the beginning of October. The beer groups Heineken and Carlsberg were granted patent protection for conventionally bred malting barley by the European Patent Office (Patent EP 2384110). More than 30 environmental organisations appealed against the decision. In their opinion, a genetic predisposition was considered an invention in this patent, although it had arisen accidentally and the plants originated from conventional breeding. After a public hearing at the beginning of October, the controversial patent was restricted but not revoked.

The patent originally covered all plants lacking certain unwanted flavourings. “The patent description reads “FIRST WITH REDUCED LIPOXYGENASE ACTIVITY”. With its decision, the EPO now limited the patent to plants with certain mutations that can influence the formation of these flavors. Opposition to this decision has already been announced, so the proceedings against this patent are likely to continue.

This may also be interesting in this context:

EPO Press release 2017: practice in the area of plant and animal patents