A bottle shape with a bead on the neck can be protected as a 3D union mark. This was the verdict of the European Court of Justice yesterday, thus confirming the previous verdict of the European Court of Justice from last year, which had referred to the “aesthetic value” of the bottle shape in its reasoning: an importent judgement for Three-dimensional marks consisting of the shape of goods. 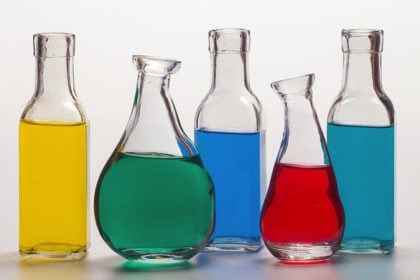 The amphore-like vessel with a strikingly curved bulge in the bottle shape is the focus of years of opposition proceedings between the plaintiff, the German Wajos GmbH, and the European Patent and Trademark Office (EUIPO) concerning trademark protection for an amphore-like vessel with a visible bulge in the neck of the bottle. Wajos wanted to protect the bottle shape as a 3D Union trademark, but this was rejected both by the Examination Office and by the Board of Appeal.

The Board of Appeal had assessed that bead as technically and functionally conditional and had therefore excluded it as a characteristic identifying its origin. The mark in dispute is therefore devoid of any distinctive character.

Last year, however, the Court of Justice of the European Union (Court of First Instance, CFI) reversed the decision of the EUIPO and the previous trademark refusal (we reported: bottle shape with bead protected as 3D Union trademark).
Although the bead is a technical and functional feature, the CFI had ruled that this feature gives the trademark applied for an aesthetic value and pointed out that the market participants in the food industry are characterised by a strong competitive construction and therefore the design of the packaging is important in order to stand out from the competition.

The European Patent and Trade Mark Office (EUIPO) brought an action against this ruling of the CFI (EU:T:2018:638) before the highest European Court of Justice (ECJ).

Aesthetics not a criterion for distinctiveness

In essence, the EUIPO claimed that the Court of First Instance based its assessment of the distinctive character of the mark applied for on criteria such as aesthetics and factual circumstances of marketing, but that those criteria were not relevant for establishing distinctive character. On the contrary, it should have been shown that that mark “departed significantly” from the norm or customs of the sector. In addition, the applicant submits that the range of shapes is rich for packaging in the relevant market segment.

The European Court of Justice (ECJ) first referred to the case law, according to which the same criteria apply to 3D trademarks as to all other trademarks. However, in the absence of graphic or word elements, the average consumer does not normally infer from the shape of the goods or their packaging the origin of those goods, the ECJ explained the general case-law, so it may be more difficult to prove the distinctive character of such a three-dimensional mark than that of a word or figurative mark.

The ECJ also emphasised that a three-dimensional mark consisting in the appearance of the product itself or its packaging is not necessarily perceived by the average consumer in the same way as a word or figurative mark – if that consists of a sign which is independent of the appearance of the goods designated by the mark.

But a three-dimensional mark consisting in the appearance of the product itself or its packaging, and which departs significantly from the norm or customs of the sector and is therefore capable of fulfilling its essential function of identifying origin also has distinctive character, the ECJ made clear once again and in that respect agreed with the EUIPO. The ECJ added that the unusual character of a presentation of the goods in question could also provide proof of origin.

In the judgment under appeal, the Court of First Instance rightly assessed the overall impression and, in so doing, regarded the container in question as “a special appearance”. Therefore the CFI  took into account the case-law, was confirmed by ECJ.

The Court of First Instance also implicitly established the customary nature of the sector in such a way that no bottle with a strikingly curved shape in the centre is normally used or as a glass amphora. Therefore, the CFI did not have to additionally state in a general and abstract manner everything which corresponds to the norm and customary practice in the relevant sector, the CFI stated in its judgment yesterday. The CFI was allowed to restrict itself to indicating from which customary practice the trade mark applied for should deviate significantly.

The Court also stated that the mere fact that the shape of a 3D mark is a “variant” of the usual shapes of that category of goods or of the packaging of that category of goods is not sufficient proof of lack of distinctiveness. It is always the perception of the consumer which is decisive. The Court of First Instance correctly assessed the overall impression and, in so doing, emphasised the unusual nature of the presentation of the goods in question in the form of the mark applied for, in view of the customary nature of the trade.

The EUIPO also complained that the CFI had not taken sufficient account of the bottleneck as a technical feature – although this was the assessment of both the examiner and the Board of Appeal.

The ECJ rejected this. The duty to provide reasons pursuant to Art. 36 and Art. 53 (1) of the Statute of the Court of Justice of the European Union did not require that the Court of First Instance should deal exhaustively with all arguments put forward by the parties to the dispute one after the other, the ECJ made clear. The CFI only had a duty to state reasons on which its judgment was based, and the CFI had complied with this to the necessary extent, the ECJ ruled yesterday.

Or do you need advice on whether it makes more sense to register a figurative mark, a 3D mark or a position mark?
If you are interested, please contact us – you are also welcome to use our recall offer!