Is the EU trade mark still useful in Britain after the Brexit? And will the protection offered by the patent still be valid in the UK? Maybe there will be answers: last week the Commission of the EU submitted a new position paper about intellectual property rights.

While the Brexit has disappeared from our current headlines, the question of international protection of intellectual property is becoming more and more important: is an international patent or trademark protection in England valid even after the Brexit? Will this protection still be given in the UK even when the exit is completed? After all, the duration of patents and trade mark rights is long, especially longer than the process of brexit.

Accordingly, these treaty arrangements and reorganisations are also part of the official European Union (EU) and United Kingdom (UK) talks within the brexit process. The EU is striving to ensure legal certainty. Last week the Commission of the EU, more precisely the Task Force for the Preparation and Conduct of the Negotiations with the United Kingdom under Article 50 TEU of the European Commission, submitted a new position paper about intellectual property rights including geographical indications. That principles are concerning primarily international trademark protection, that means EU trade marks and registered designs. 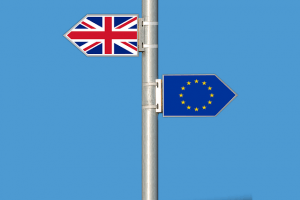 The paper sets out five general principles of the EU and it was discussed within the EU27 at the Council Working party (Article 50) on 7th September 2017. It is written to be presented to the UK in the context of negotiations under Article 50. In detail the Withdrawal Agreement should ensure that:

Specifically regarding geographical indications, the Commission says the UK should put in place, as of the withdrawal date, the necessary legislation providing for their continued protection. 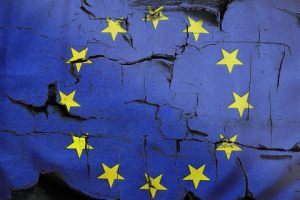 A signal that the British also have an interest in an agreement was already send before. The British had announced in spring, despite the Brexit vote they will participate at the upcoming European Patent Court (UPC). The new court will be responsible for all European patents granted at the time of its establishment. The proceedings before the European Patent Court are intended to replace the previous patent disputes before national courts. With the European Patent Court, it will be possible to finally implement a European patent, if it is violated, in a single procedure throughout the EU. This is to avoid the effort and the costs that are generated by the procedures in the individual countries and that can add up quickly.

Scotland is pushing forward ratification for the UPC despite brexit 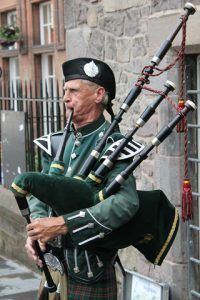 Last week, movement has come into the process: Scotland is pushing forward ratification for the UPC. A statutory instrument (SI), namely the “Order on Privileges and Immunities”, which gives the Unified Patent Court its legal capacity in UK law, had been laid before Scottish Parliament on 31st of August. The same document had been laid before Parliament in Westminster on 26th June, and both British parliaments must discuss and formerly approve this document. The parliamentary recognition of the SI is an important part of the implementation of the UPC treaty into national law and the prerequisite for the actual launch of the long-planned European Patent Court.

The sessions of Parliament are just starting, in Scotland, for example, on the 4th of September the first session took place. The British parliament, that has composed new after the British elections, held it’s first session on September the 5th. However, the debates will take some time, in Scotland it is assumed that it will take about 55 meeting days. Westminster, on the other hand, has postponed the debate that was actually planned for July at an indefinite time.

Ratification of the UPC Agreement in Germany in delay, too

The final ratification is also delayed in Germany. The delay has been caused by a complaint being filed at the German Constitutional Court which led the Court asking the German parliament to delay signature of legislation that would have progressed the UPCA’s ratification by Germany (file number: 2 BvR 739/17). It is uncertain, when this legal case will be judged. But one thing is certain: The start-up date for the UPC obviously cannot be achieved. The UPC Preparatory Committee have withdrawn their 1 December 2017 start date and are as yet unable to confirm any further dates. If you want to know, what states have completed ratification, have a look at UPCA ratification index. Loose ends: the ratification of the European Patent Court and the Withdrawal Agreement concerning intellectual property – but still chances.

All of our “UPC”-Articles so far:

And all of our “Brexit”-Articles so far:

You wonder how to protect your trademark or your patent international?

You can request a call-back without any obligations at: