The Global Innovation Index (“GII”) 2017 has been published! The GII provides detailed metrics about the innovation performance of 127 countries and economies around the world, creating a Ranking that is based on 81 indicators, capturing criteria such as institutions, human capital and research, infrastructure, linkages, the creation of knowledge, and creative outputs. When looking at the Rankings Switzerland stays strong, placing 1st again. Netherlands makes a huge comeback to place in the Top 3! All information in our article:

Now in its 10th edition, the GII 2017 focuses on innovation in agriculture and food systems. In the coming decades, the agriculture and food sector will face an enormous rise in global demand, increased competition for limited natural resources, and the effects of climate change. Innovation is key to sustaining the productivity growth required to meet this rising demand and to helping enhance the networks (“food systems”) that integrate sustainable food production, processing, distribution, consumption, and waste management.

As one example, the GII 2017 highlights the role of India which is ranks 1st in its region (despite placing 60th in the Global Ranking). India has outperformed on innovation relative to its level of development for many years. It scores highly in particular innovation inputs and output variables too. 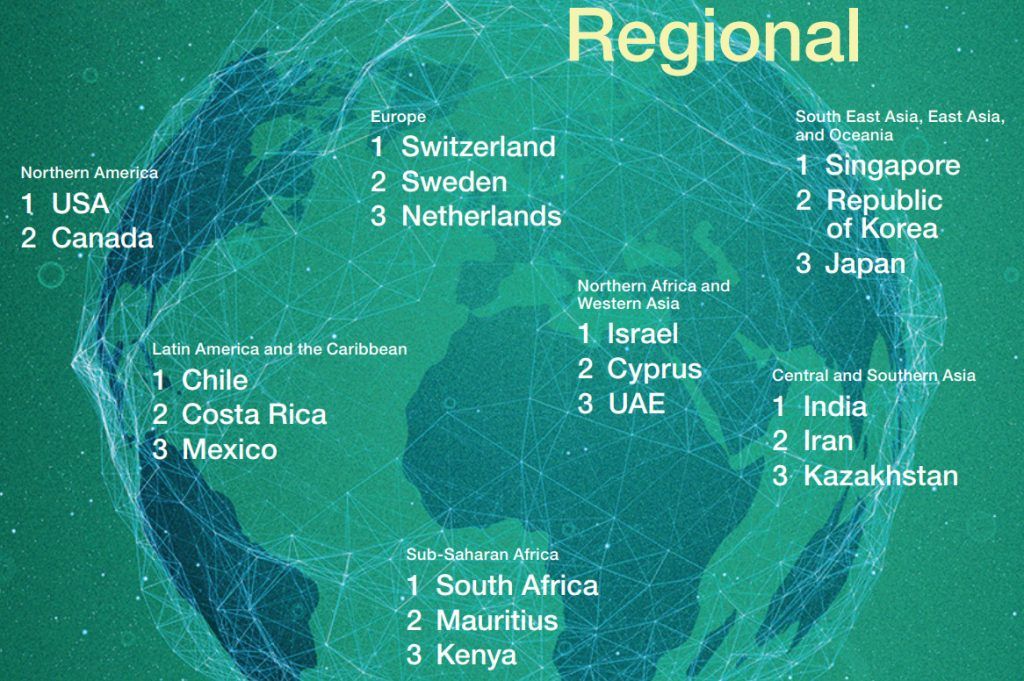 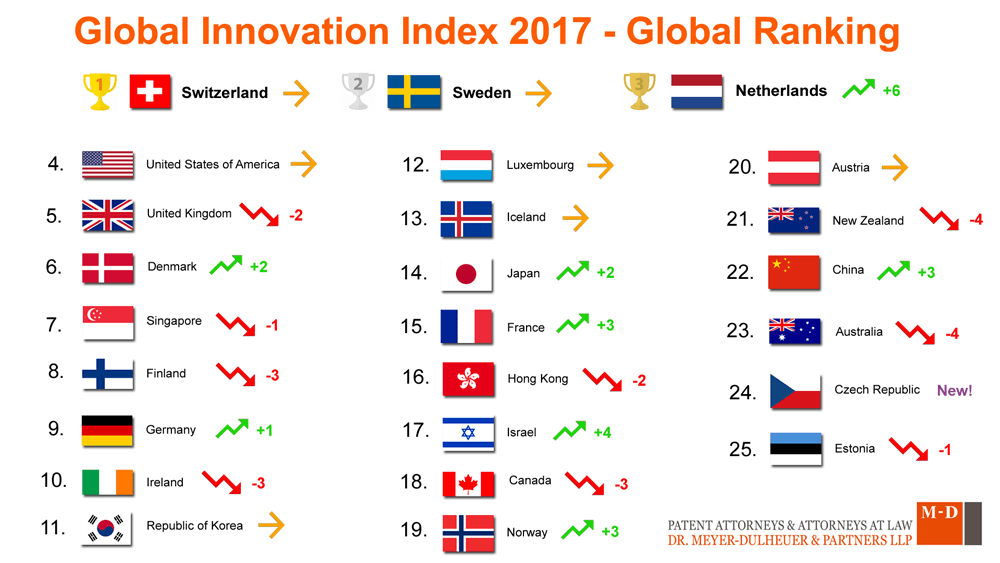 >> More Infos and a Conclusion here

About the Global Innovation Index

The Global Innovation Index 2017: Innovation Feeding the World is the result of a collaboration between Cornell University, INSEAD, and the World Intellectual Property Organization (WIPO) as co-publishers, and their Knowledge Partners. The report and any opinions expressed in this publication are the sole responsibility of the authors.

They do not purport to reflect the opinions or views of WIPO Member States or the WIPO Secretariat. The terms ‘country’, ‘economy’, and ‘nation’ as used in this report do not in all cases refer to a territorial entity that is a state as understood by international law and practice. The terms cover well-defined, geographically self-contained economic areas that may not be states but for which statistical data are maintained on a separate and independent basis.

Any boundaries and names shown and the designations used on any visual maps do not imply official endorsement or acceptance by any of the co-publishers. Chapters 2–11 contributions may deviate from UN terminology for countries and regions.